Chinese dissident faces trial despite calls for his release 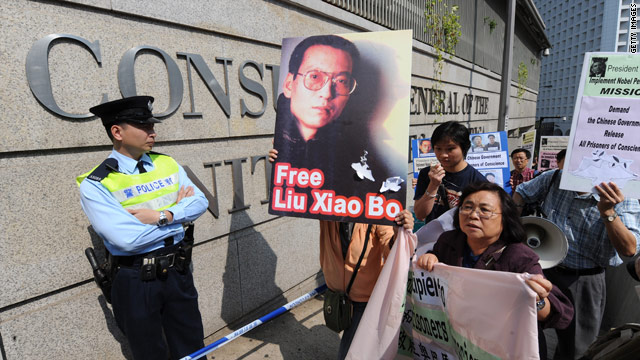 Protesters holding a picture of Liu Xiaobo march to the U.S. consulate in Hong Kong on November 13, 2009 to ask for his release.
STORY HIGHLIGHTS

Beijing, China (CNN) -- Prominent Chinese dissident Liu Xiaobo, who was arrested in 1989 for his role in the Tiananmen Square protest, faces trial Wednesday for allegedly "inciting subversion" in a more recent case.

"I think he will be sentenced to more than ten years," she said.