PARIS, France (CNN) -- The French Senate early Thursday narrowly passed a controversial law to allow many more shops across the country to open on Sundays, in what would be a significant cultural shift. 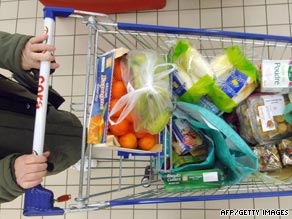 The law would permit shops, department stores, and shopping malls to open on Sundays in 20 zones.

The vote, which followed two days of debate, was expected to happen Friday. But the Senate put the measure to a vote at 2 a.m. Thursday (8 p.m. ET Wednesday), when it passed 165-159.

The law, however, is not a fait accompli. The opposition Socialist party immediately appealed to the Constitutional Council, asking it to make sure the measure is constitutionally sound. A decision from the council is expected in about two weeks.

If the Constitutional Council approved the law, it would mark a significant cultural shift in France, where Sundays have officially been set aside as a day of rest for more than a century.

A 1906 law forbids Sunday trading in all but the largest cities.

President Nicolas Sarkozy had pushed for the measure, but the law that passed Thursday contains fewer changes than Sarkozy had originally intended, because he has had to give in to opposition from the left and the right.

Socialists filed thousands of amendments to the president's original version of the law. Leftists and unions said it would effectively introduce a seven-day workweek and allow bosses to force employees to work Sundays.

Members of the president's own ruling conservative party opposed the law despite assurances that it would boost economic activity, saying it would instead deprive families and church groups of their dedicated day.

The law would permit shops, department stores and shopping malls to open on Sundays in 20 zones of what are called "exceptional commercial" centers in and near three of the country's largest cities: Paris, Marseilles and Lille.

Those centers are malls or clusters of shopping centers often located just outside major cities.

Additionally, 29 areas involving about 500 cities and towns would be added to the list of tourist areas, which already allow some economic activity on Sundays.

Among other things, the new law would straighten out a somewhat chaotic situation in which some stores manage to obtain exceptions from the old law and others don't, and in which some stores find it makes sense to accept fines for breaking the existing law, because the income from Sunday sales more than makes up for the penalties.

Opinion polls in France showed slightly more than half the population wanted shops to have the freedom to open on Sundays, according to Time magazine.

CNN's Jim Bittermann and Niki Cook contributed to this report.