(CNN) -- Britain says it has suspended the government of the Turks and Caicos Islands and imposed direct rule after allegations of systemic corruption and "serious dishonesty". 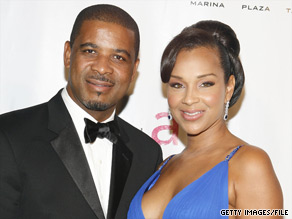 British Foreign Office Minister Chris Bryant said he instructed the British governor of the island territory to suspend the ministerial government and the House of Assembly for as long as two years.

Bryant said his order also suspends the constitutional right to trial by jury in the Turks and Caicos.

"This is a serious constitutional step which the UK government has not taken lightly, but these measures are essential in order to restore good governance and sound financial management," Bryant said in a statement.

"It remains our intentions that elections should be held by July 2011, if not sooner. It is also important that the people of Turks and Caicos Islands continue to have a voice in the interim and the order puts in place an advisory council and consultative forum to make sure this happens."

The move follows allegations of corruption in the Turks and Caicos, a British Overseas Territory of eight major islands and numerous uninhabited keys, 800 kilometers (500 miles) southeast of Miami, Florida.

The British government set up a commission of inquiry in July 2008 to look into possible corruption or other serious dishonesty in recent years of past and present elected members of the legislature.

The commission's report, delivered May 31, found "information in abundance pointing to a high probability of systemic corruption and/or serious dishonesty" in the Turks and Caicos, the Foreign Office said.

"This, together with clear signs of political amorality and immaturity and of general administrative incompetence, demonstrated a need for urgent suspension in whole or in part of the constitution and for other legislative and administrative reforms," the Foreign Office said.

Queen Elizabeth is the head of state of the British territory, and the governor is her official representative.

The governor is responsible for defense; external affairs; internal security, including the islands' police force; and the appointment of some public officials, but he is normally required to act on the advice of the Cabinet.

The islands' ministerial system includes the premier and six other ministers who must act according to Cabinet policies.