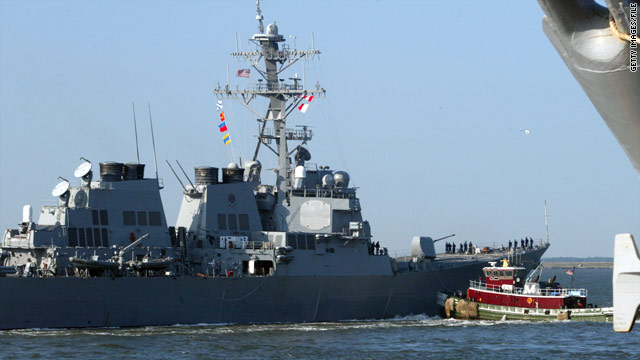 The incident on the USS Ramage has been investigated by Polish military police.
STORY HIGHLIGHTS
RELATED TOPICS

Washington (CNN) -- A crew member aboard a U.S. Navy ship accidentally fired a machine gun into the Polish port city of Gdynia on Wednesday while cleaning the weapon, Navy officials said Friday.

Three rounds were fired from an M240 machine gun into the town but no injuries or damage were reported, officials said.

The gun, aboard the USS Ramage, a Navy destroyer, is used to defend the ship in close combat.

Navy officials said a crew member was cleaning the weapon when it accidentally discharged.

The incident happened as the ship was in port after returning from an international exercise in the Baltic Sea. It was preparing to leave later that day, the Navy said.

There was no immediate word of a U.S. Navy investigation into the incident.