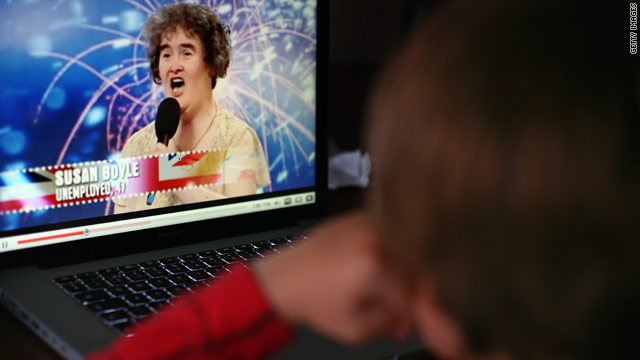 (CNN) -- Susan Boyle, a 48-year-old unemployed charity worker who became an international sensation after her audition for "Britain's Got Talent" in April, can now lay claim to a new achievement.

Her debut CD, set to come out on November 23, has become the most pre-ordered CD in the history of Amazon.com, the online retailer said Thursday.

Eager fans began ordering copies of the CD, "I Dreamed a Dream," as soon as its release was announced late summer, pushing it to the top of the online retail chart ahead of Whitney Houston's much-anticipated comeback CD.

"One of the things that is so unique about Susan Boyle is her ability to touch people around the world," said Steve Barnett, the chairman of Columbia Records, in a statement.

Before she sang during her audition in April, the unassuming single woman with a loose mop of curly hair drew snickers from the audience, including notoriously hard-to-please judge Simon Cowell.

The scowls and eye-rolling were replaced by wild cheers as soon as she sang the first line of "I Dreamed a Dream."

Even though she eventually lost out to a dance troupe in the TV competition, her pitch-perfect rendition of the "Les Miserables" number catapulted her into an overnight sensation with a string of global television appearances.