JERUSALEM (CNN) -- Israel's attorney general will indict former President Moshe Katsav on charges of rape and sexual assault of a number of his employees, the country's justice ministry said Sunday. 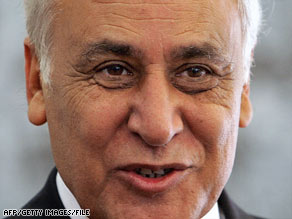 Katsav will also be charged with obstruction of justice, Attorney General Menachem Mazuz said in a statement.

Katsav had agreed in 2007 to plead guilty to lesser charges and pay a fine in order to avoid jail time, but pulled out of the deal when it came time to enter his plea.

The plea bargain caused a public storm in Israel, mainly because it did not include charges of rape, contrary to what had been suggested by Mazuz in a draft indictment.

Watch more on the expected indictment »

Katsav, of the center-right Likud Party, was president of Israel from 2000 to 2007. He was minister of tourism before that. The charges stem from allegations made against him in both jobs.

He resigned the presidency in June 2007 over the sexual assault allegations.

All About Israel • Moshe Katsav