CAIRO, Egypt (CNN) -- An Egyptian business tycoon and a former police officer have been found guilty of last July's slaying of a rising Lebanese pop singer. 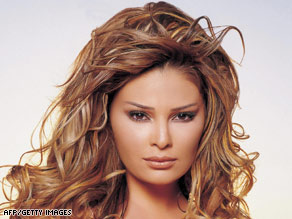 Suzanne Tamim was found dead in her Dubai apartment in July.

Moustafa's lawyer told reporters outside the courtroom that he will appeal the conviction, saying there was "a one million percent guarantee" the sentence would be overturned.