By Con Coughlin
Special to CNN

Editor's note: Con Coughlin, executive foreign editor of the Daily Telegraph in London, is the author of "Khomeini's Ghost: The Iranian Revolution and the Rise of Militant Islam." 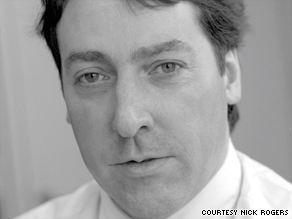 Con Coughlin says the guardians of Iran's revolution "remain as deeply entrenched in power as ever."

(CNN) -- The effectiveness with which Iran's security forces have dealt with the worst outbreak of political violence since the 1979 Islamic revolution illustrates the scale of the challenge faced by the Green Revolution's supporters in changing the way the country is governed.

From the moment Ayatollah Ali Khamenei, the country's supreme leader, issued a stark warning declaring the protests to be illegal, the regime has moved quickly and forcefully to suppress the pro-reform movement.

And, to judge by the diminishing numbers of protesters who are prepared to risk their lives demonstrating against the result of the recent presidential election, the tactics appear to be working.

Because of the tight media censorship imposed by the government, it is impossible to get an accurate picture of the number of Iranians who have died or suffered serious injury as a result of the protests. Iranian officials put the fatalities at between 10 and 15, while opposition groups claim the figure is nearer 150.

The death of Neda Agha Soltan, the 27-year-old "Angel of Freedom" who was killed by a government sniper as she joined an anti-government protest with her father, is a graphic illustration of just how ruthless the regime can be in suppressing the protests.

In addition, hundreds of people have been detained by the security forces, including six family members of former Iranian president Ali Akbar Hashemi Rafsanjani.

The fact that the regime feels confident enough to target the Rafsanjani family tells you all you need to know about its confidence in seeing off the pro-reform protests.

Although Rafsanjani has been out of office for more than a decade, he still remains a powerful figure within the regime's inner sanctum. As a leading member of the Assembly of Experts, Rafsanjani technically has the authority to seek to remove Khamenei from office.

But after Iran's security forces briefly detained Rafsanjani's daughter Faezeh after she had been filmed addressing supporters of Mir Hossein Moussavi, the defeated pro-reform presidential candidate, Khamenei has successfully demonstrated that he, not Rafsanjani, is the real power in the land.

All of which shows that, 30 years since the overthrow of the shah, the guardians of Ayatollah Ruhollah Khomeini's Islamic revolution remain as deeply entrenched in power as ever.

One of Khomeini's first acts after seizing power in February 1979 was to safeguard the principles of his Islamic revolution, which was to transform the landscape of the modern Middle East. To this end he formed the Revolutionary Guards, the storm troopers of the Iranian revolution, whose primary function was to protect the Islamic regime. In addition, the constitution was drawn up to invest the nation's spiritual leader with supreme authority, effectively providing him with the power of veto over the nation's democratically elected institutions.

Khomeini's legacy has been very much in evidence during the past week, with Khamenei, the Revolutionary Guards and their Basij militia allies faithfully defending the Islamic revolution against the protesters' calls for change.

As with Khamenei, whom Khomeini personally appointed on his death bed to succeed him as supreme leader, the Revolutionary Guards have a vested interest in maintaining their iron grip on power in Iran, to the extent that they will go to any lengths to preserve their power base.

That includes fixing the presidential election in favor of Mahmoud Ahmadinejad, himself a former Revolutionary Guard commander. Even the Guardian Council, the body charged with investigating allegations of electoral fraud, now concedes there were 3 million more votes than the number of eligible voters -- which suggests the vote was rigged.

But the Council's steadfast refusal to overturn the result, which would see the hard-line Ahmadinejad serve a second term, illustrates the enormity of the challenge pro-reform protesters face in effecting a change of government. If campaigners such as Moussavi and Rafsanjani, who have both held prominent positions within Iran's Islamic establishment, cannot make any headway against the reactionary hard-liners maintaining Khamenei and Ahmadinejad, what chance have ordinary Iranians got of implementing genuine reform?

The opinions expressed in this commentary are solely those of Con Coughlin.