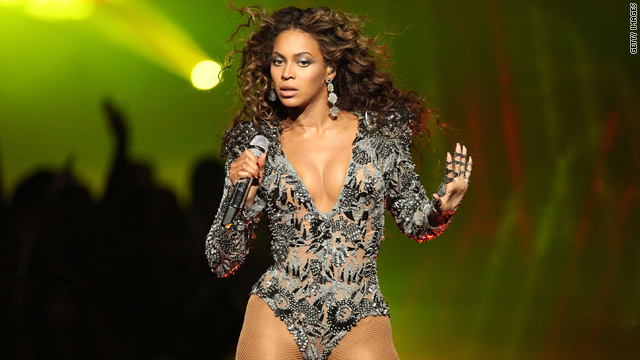 Looks like it. Even though not everyone is looking forward to the show.

Beyonce's worldwide, year-long "I am ..." tour, which has taken her from Canada to China since March, is due in Egypt on November 6 at the Red Sea resort of Port Ghalib.

The single show will mark Beyonce's first-ever concert in the land of pyramids. Tickets have reached $400, according to the Al Arabiya television station.

But even before she starts shaking her booty on the Egyptian stage, the scantily dressed superstar singer has created controversy.

Last week, Islamist Egyptian Member of Parliament Hamdi Hassan, part of the conservative Muslim Brotherhood, slammed the government for allowing a singer "who appears naked in her clips" to perform in Egypt, saying it was violating Sharia law. Sharia, or Islamic religious law, covers many aspects of daily life, including family, sexuality, hygiene and social issues.

"The government is trying to make people indulge in sin and licentiousness to cover up the other crimes it is committing against them," Hassan said in a parliamentary session.

Hassan accused the government of a double standard for allowing Beyonce to perform, but at the same time refusing permission to an Islamic band that sings religious songs for children.

It's not the first time a Western pop diva has run up against Egyptian conservatism.

The government is trying to make people indulge in sin and licentiousness to cover up the other crimes it is committing against them.
--Muslim Brotherhood MP, Hamdi Hassan

Al Arabiya reported that organizers, seeking to avoid a similar fate for Beyonce, decided to hold her concert hundreds of miles away from Cairo at a thinly populated Red Sea resort.

Beyonce's world tour, which continues until next March, has already run afoul of conservative Islam.

She postponed her October 25 concert in Malaysia after the Pan-Malaysian Islamic Party called for the Kuala Lumpur show to be scrapped because it would promote "Western sexy performances."

Beyonce previously called off a 2007 concert in Malaysia over the country's dress code. Government rules there require female performers to cover themselves from shoulders to knees, and show no cleavage.

Instead, the singer performed in Indonesia, where rules governing stage performances by female singers are more relaxed than in Malaysia.

Other female singers like Avril Lavigne and Gwen Stefani have performed in Malaysia despite similar protests. Both singers showed little skin in their performances, however.

Beyonce is scheduled to perform in Russia, Turkey, Egypt, Greece, the UK and Ireland in November. Dates in Brazil, South Africa and South America are due before the tour ends next spring.