What bosses can learn from India's business leaders 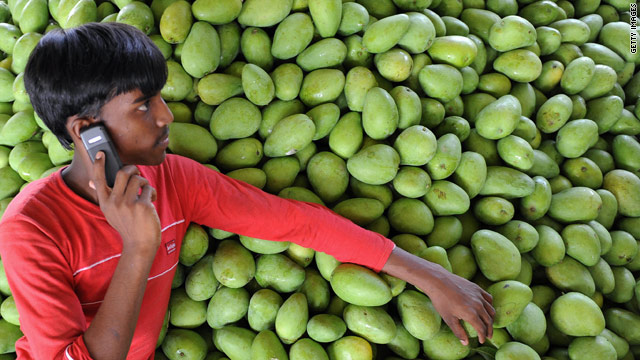 London, England (CNN) -- With the Indian economy predicted to grow by 7.5 percent this year, experts say it could be time for Western CEOs to learn some lessons from their Indian counterparts.

While Western economies continue to stutter, a report forecasts India will soon return to the high-growth trajectory it enjoyed before the crisis.

At the same time, new research published in this month's Harvard Business Review shows the heads of India's biggest companies have a very different approach to leadership from Western bosses.

Peter Cappelli, professor of management at Wharton University of Pennsylvania, was one of the researchers behind the study, based on interviews with leaders and HR departments from 98 of India's 150 biggest companies. He identified some of the key differences between Indian and Western bosses.

"In terms of lessons for managers elsewhere, one of the most important things is that Indian leaders lead with a sense of social purpose," Cappelli told CNN.

He said every leader interviewed gave a specific social purpose as being the goal of their business. Those purposes ranged from improving healthcare in India, to getting cell phones to people who don't have access to communication tools, and proving to the international community that Indian companies can lead in IT.

One of the most important things is that Indian leaders lead with a sense of social purpose.
--Peter Cappelli, Wharton University of Pennsylvania
RELATED TOPICS

Indian firms invest an enormous amount in their employees' training and development. IT firms typically allocate 60 days of formal training for new hires and companies often spend months training even experienced workers hired from other firms.

Subramaniam Ramadorai, the former head of Tata Consultancy Services, said of his company's success, "It's all about human capital at the end of the day."

Indian bosses place far less emphasis on shareholders than is typical at Western businesses. As a result they're more able to take a long-term view.

"A lot of U.S. companies in particular will say, 'We're not going to meet our quarterly numbers, so we've got to adjust everything in the pipeline to make sure we do.' That's a costly thing for the long term," said Cappelli.

He said Western companies can't just ignore their shareholders, but their CEOs can do more to buffer their employees from shortterm financial pressures, letting them get on with their jobs.

Work from their strengths

Cappelli says U.S. companies often think about strategy in terms of chasing customers or pursuing market opportunities, but Indian firms will more often start by identifying their strengths, identifying their customers' needs, and then try to meet those needs.

"[Indian companies] do that by taking smart, motivated people, really engaging them and investing in them, and letting them loose to just beat on those problems, often with just trial and error approaches, until they come out with a solution that's kind of out of the box," he said.

Jagdish Khattar, former managing director of automaker Maruti Udyog, told the researchers, "Throw issues to them [your employees]. Let them examine and come back to you with solutions."

Act as a role model

"One of the things these leaders all said was more important to them than shareholder value was being a personal role model for their employees, which is an amazing thing for an executive to say," said Cappelli.

He added that by thinking of themselves as role models, Western bosses could have a real impact on their workers.