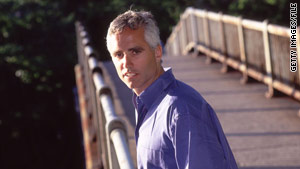 Maxwell Taylor Kennedy, son of the late senator, called the display of the clothing "a cheap bid for attention."

(CNN) -- After scathing criticism from the son of slain Sen. Robert F. Kennedy, police in Los Angeles, California, have apologized for including the clothes the senator was wearing when killed in an exhibit of high-profile homicide cases.

The clothing -- a shirt, tie and jacket, with what appears to be bloodstains on the shirt -- was removed from the exhibit, "Behind-The-Scenes: The LAPD Homicide Experience," at the Palms Casino Resort in Las Vegas, Nevada.

In addition, Los Angeles District Attorney Steve Cooley and Police Chief Charlie Beck, in an open letter Thursday, apologized to any other victims' family members who might have been offended by the other items in the exhibit, running Tuesday through Thursday at the California Homicide Investigators Association's 2010 conference.

"Based on the feedback we have received, it is now clear that a few of the items on display have offended some crime victims' families," the letter said. "We have both been to hundreds of murder scenes in our law enforcement career and we have consoled many family members. It was never our intent to cause grief to victims of crime or their families."

In a statement issued last month, the LAPD had billed the exhibit as "a glimpse into some of the most notable homicides and critical incidents that occurred in Los Angeles over the past 100 years."

"It's about the history of Los Angeles, as told through the eyes of homicide investigators of the Los Angeles Police Department," Beck said Tuesday on CNN's "Larry King Live."

"This is an opportunity for homicide investigators from all over the country to get together, to share ideas, to share best practices and to talk about some of the most famous cases in Los Angeles history, as well as their current cases."

But in an opinion piece in Wednesday's Los Angeles Times newspaper, Maxwell Taylor Kennedy, son of the late senator, called the display of his father's clothing "a cheap bid for attention."

"The chief of police and the district attorney took my father's blood-soaked clothing and displayed it, as part of a macabre publicity stunt," he wrote. "It is almost incomprehensible to imagine what circumstances would have led to a decision to transport these items across state lines to be gawked at by gamblers and tourists. It is demeaning to my family, but just as important, it is demeaning to the trust that citizens place in their law enforcement officers."

The exhibit also features evidence associated with the death of Marilyn Monroe, the 1963 "onion field" case in which LAPD Officer Ian Campbell was slain, the O.J. Simpson and Charles Manson cases, and the so-called "Black Dahlia" murder, according to the LAPD statement announcing it.

Family members of some victims in those cases told "Larry King Live" the LAPD should have notified them about the exhibit.

"From my perspective, it's very disturbing," said Debra Tate, sister of actress Sharon Tate, slain along with six others in 1969 by the Manson family killers. "Number 1, I didn't get any notice that this was going to occur. But these are very personal artifacts to me. These are things that bring back horrible memories, not only for myself, but other Manson family victims."

The items include ropes used in the murders of Tate and others, and a fork used to stab one of the victims, said retired LAPD Sgt. Glynn Martin, the curator of the exhibit.

"We certainly try to concern ourselves with the thoughts and concerns of victims, and certainly our hearts go out to them," Martin told King. "... Likewise, we have an obligation, both as a museum and then the bigger one as the police department, to train, educate and inform officers and the public about people that do this particular job of investigating people that have lost their lives."

Debra Tate said she can see the educational value, and might consider seeing the exhibit, but "I think a little bit of notice for people to prepare themselves would have been very, very nice."

Also featured are the bloody gloves from the Simpson trial and a watch cap collected as evidence, Martin said. Simpson was acquitted in 1995 of killing his ex-wife, Nicole Brown Simpson, and her friend Ron Goldman.

"Had we been given a little bit of notice, it would have been easier to avert your eyes," Goldman's sister, Kim, told "Larry King Live." "... I think there is an educational value, and I understand that." But, she said, "it just comes back to sensitivity."

"If we've offended anybody, certainly we extend our apologies to them," Martin said. "But the intent here is to inform and educate, with the idea that we're going to serve a greater public good."

The exhibit opened to the public Wednesday, and "thousands of guests have stood in lines for up to two hours to glimpse Los Angeles' history," said the letter from Cooley and Beck.

"A number of the exhibits show evidence that was collected during various well-known incidents, and they were carefully designed so visitors would gain a better appreciation for the tragedy of murder and the difficult jobs law enforcement detectives have in solving often very complicated cases," the letter said. "Murder is the absolute worst thing one human being can do to another and the displays were designed to provide a unique insight into the sacrifice of victims and their families as well as the emotional toll murder takes on homicide detectives and the district attorneys who prosecute the cases."

"Homicide is by nature horrific, but the entertainment media often portrays it as sterile and benign," the letter said. "When people see the reality of murder, it becomes an unthinkable act."

The exhibit "was designed to be educational and show the public how murder cases are very carefully investigated," the letter said.

Kennedy was a New York senator running for president when he was shot to death in June 1968 at Los Angeles' Ambassador Hotel, shortly after declaring victory in California's Democratic presidential primary. His killer, Sirhan Sirhan, is serving a life sentence at a California prison.

In his op-ed, Maxwell Kennedy said that he had contacted Beck and that he was pleased the chief had agreed to remove the items.

"When I called to express my surprise and disappointment, the chief maintained to me that hanging my dad's bloody shirt from a mannequin in a casino was part of an effort to train detectives," he wrote. "Perhaps he believes that, but to me it seems like a cheap bid for attention. It is almost like a traffic cop inviting motorists to slow down and take a good look as they go past a tragedy."

The California Constitution guarantees crime victims and their families will be treated with dignity and respect, he wrote. And as a former assistant district attorney, Maxwell Kennedy said, "I understand that proper storage of property and legal evidence is a critical part of the judicial process."

He said he requested the return of his father's clothing nearly 10 years ago, and the district attorney's office refused, but he was promised the items would be treated with care and kept out of the public view.

Beck, he wrote, should remember that "such items are personal property, entrusted to the state's care, not to be exploited. He relies on crime victims to prosecute virtually every criminal. He cannot long succeed if he continues to put victims' pain on display for publicity."