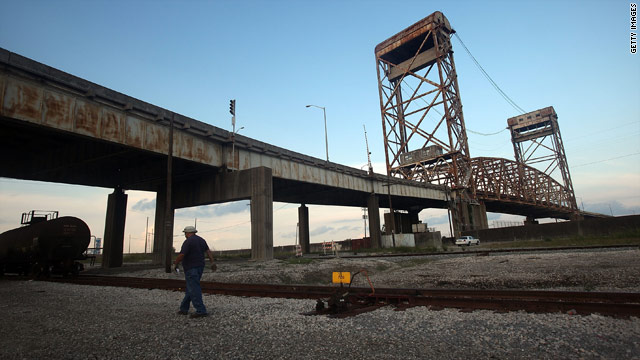 Jeffrey Lehrmann, a former police detective who now works as a special agent for Immigration and Customs Enforcement, pleaded guilty in federal court to a charge that he failed to report a cover-up in the investigation of the Danziger Bridge shootings in New Orleans, the Department of Justice said in a statement Thursday.

Lehrmann also admitted he helped compile a false report on the incidents, and was with others when they planted a gun as part of the cover-up, according to court documents.

Two civilians were killed and four others wounded in the shootings on September 4, 2005, six days after Katrina slammed into the Gulf Coast.

In the first shooting, on the east side of the bridge, one person -- later identified as James Brissette, 19 -- was killed and four wounded, prosecutors said. In a second shooting, on the bridge's west side, Ronald Madison, 40, a severely disabled man, was killed. Madison's brother was arrested but later released without indictment, authorities said.

"The police maintained that they fired at the civilians in self-defense, after the civilian fired at police," the statement said. "However ... Lohman pleaded guilty in federal court to conspiring with other officers to cover up what he had determined was a 'bad shoot' on the bridge. Today, defendant Lehrmann admitted that he also knew of and participated in a conspiracy to obstruct justice in the investigation of the shooting."

Jim Letten, U.S. attorney for the Eastern District of Louisiana, said that while Lehrmann's conviction is the second in the case, "this officer was the first to enter into an agreement with the United States and provide cooperation."

Lehrmann learned from a New Orleans police supervisor, identified in court documents as "the investigator," that an officer had "shot an innocent man" on the bridge, prosecutors said in the Department of Justice statement, citing the documents. Upon hearing that comment, Lehrmann determined it was a "bad shoot," meaning it was not legally justified, authorities said.

"Lehrmann admitted that he participated with his supervisors in the creation of a report that included false statements by the officers involved in the shooting; false claims about a gun that had in fact been planted by the investigator; and fabricated statements from witnesses who did not really exist," prosecutors said.

"Lehrmann also admitted that the report of the Danziger Bridge investigation included false statements alleged to have been given by two of the victims of the police shooting."

According court documents, Lehrmann said the report of the incident indicated the investigator had returned to the bridge the day after the shooting and found a gun in the grass below the scene of one shooting.

"Lehrmann then looked in the bag and saw a gun that would be used in the Danziger Bridge investigation," prosecutors said in the statement. "Once the investigator assured Lehrmann and the sergeants that the gun was 'clean,' meaning it could not be traced to another crime, they all went along with the plan to plant the gun."

At the time of Lohman's guilty plea, authorities suggested that other indictments would follow. However, an information was filed in Lehrmann's case, showing he was not indicted. Informations can be filed when a defendant waives indictment by a grand jury, according to the federal courts' Web site.

The shootings occurred after several officers, responding to a call for assistance, drove to the bridge and encountered six civilians who were walking across it to get food and supplies, according to the indictment filed in Lohman's case. The officers fired, killing Brissette, and then traveled to the other side of the bridge, where Madison was shot.

Madison was shot seven times -- five times in the back, the coroner said. His brother, Lance, was arrested on suspicion of eight counts of attempted murder of a police officer and held for weeks before his release, according to the indictment.

Legal scholars have said that while more might be indicted, it's unclear whether any other officers will be charged in the shootings.

"There's no evidence the officers shot out of malice," Dane Ciolino, a professor at Loyola University New Orleans' College of Law, said last month. "It was probably negligence, ratcheted up to a federal offense by the cover-up."