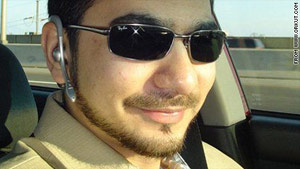 Washington (CNN) -- The man charged in the failed Times Square bombing was working with the Taliban movement in Pakistan, the U.S. attorney general said Sunday.

"The evidence that we have now developed shows the Pakistani Taliban directed this plot," Attorney General Eric Holder said, describing the investigation into suspect Faisal Shahzad during an appearance on NBC's "Meet the Press."

"We know that they helped facilitate it, we know they helped direct it, and I suspect we're going to come up with evidence that shows they helped to finance it," Holder said.

John Brennan, the assistant to the president for counterterrorism and homeland security, told CNN's "State of the Union" that the Pakistani Taliban -- also known as Tehrik-e-Taliban, or TTP -- is closely allied with al Qaeda. The group has pledged to carry out attacks outside of central Asia, including the United States, Brennan said Sunday.

Shahzad has been charged in the May 1 attempted bombing in Times Square.

He was arrested while trying to fly out of New York on Monday night, two days after he allegedly attempted to set off a car bomb in Times Square. The bomb failed to detonate.

It was the second case in the past six months of a bungled terrorist attack in the United States, following the failed bombing of a U.S. airliner on Christmas Day.

Brennan said U.S. counterterrorism efforts had degraded the ability of groups such as al Qaeda and the Taliban to launch successful attacks.

"They're trying to find vulnerabilities in our defenses," Brennan said, noting the attempts have been "unsophisticated."

"He was captured by the murderous rhetoric of al Qaeda and TTP," Brennan said of the suspect.

The case raised new questions about whether terrorism suspects should be read the Miranda warning that advises them of their rights to remain silent and obtain legal representation. Critics have accused the Obama administration of losing interrogation opportunities by giving Miranda warnings to terrorism suspects, including the alleged Christmas Day airplane bomber and Shahzad.

Brennan said Shahzad was interrogated for four hours under an exclusion to the Miranda warning involving public safety. Authorities then advised Shahzad of his rights, as required by law, Brennan told the "Fox News Sunday" program.

"It did not impede our ability to continue to acquire very important intelligence from him," Brennan said. "It was, I think, a very good example that law enforcement, operating within ... the existing system, were able to leverage the opportunities that they had to get this information."

Also on the Fox program, Republican Rep. Peter King of New York argued a change in the Miranda warning was necessary.

"If there's another 10, 15, 20 plots out there, that to me is more important to get all the intelligence we can on that," King said. "So I think we may have to work on revisions."

One idea, King said, would set up "separate system of justice dealing with American citizens who are allied with a foreign army or a foreign enemy."

Holder also said Sunday that he was considering possible changes to the Miranda warning. Asked whether international terrorism made the current Miranda warnings too limited, Holder told the ABC program "This Week" that some adjustment may be necessary.

The system is working so far, Holder said, but "we also want to ... make determinations as to whether or not we have the necessary flexibility, whether we have a system that can deal with the situation that agents now confront."

"We're now dealing with international terrorism," Holder said, adding that his department would work with Congress "to come up with a proposal that is both constitutional, but that is also relevant to our time and the threat that we now face."