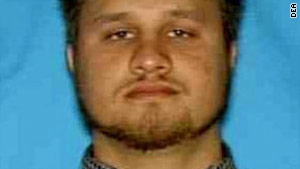 Atlanta, Georgia (CNN) -- Federal authorities have charged alleged drug cartel leader Edgar Valdez-Villarreal -- known as "La Barbie" -- and five other defendants with trafficking thousands of kilograms of cocaine from Mexico into the United States between 2004 and 2006, according to an indictment unsealed in federal court Friday.

Valdez-Villarreal, who remains at large, is alleged to be a top member of the Arturo Beltran-Leyva cocaine cartel.

Authorities have issued a $2 million reward for information leading to his capture. He is currently believed to be in Mexico, a Justice Department statement noted.

"This indictment shows that we are not content simply to arrest and prosecute those in our district who work on behalf of the Mexican cartels to bring cocaine into the United States," U.S. Attorney Sally Quillian Yates said. "We are committed to tracing the drugs back to the cartel leaders themselves, and we look forward to the opportunity to prosecute the sources of this cocaine in federal court."

The sixth defendant, Jesus Ramos, has already been arrested and arraigned in Atlanta, Georgia.

Evidence unveiled during an early 2008 trial in Atlanta showed that Valdez-Villarreal played a key role in shipping roughly 100 kilograms of cocaine across the border at Laredo, Texas, every week for much of 2005, the statement indicated. Several tractor trailer trucks were used to ship the cocaine to Atlanta, as well as to transport millions of dollars in cash back to Mexico.

Valdez-Villarreal, according to the U.S. State Department, was a member of Mexico's Sinaloa drug cartel until Arturo Beltran-Leyva broke off to form his own ring in 2008. Beltran-Leyva was killed in a shoot-out with Mexican officials in December 2009.