Susan Smith prosecutor: Duley case 'brings it all back' 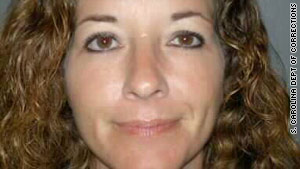 Susan Smith is serving a life term for drowning her two sons by rolling her car into a lake in Union, South Carolina.

(CNN) -- The similarities are unmistakable: Two little boys, still strapped in their car seats, found dead in their mother's submerged car in a South Carolina waterway.

The cases are separated by 16 years and 109 miles. But the deaths of Ja'van T. Duley, 1, and Devean C. Duley, 2, share almost eerie similarities with the 1994 case of Susan Smith.

The bodies of Ja'van and Devean were found early Monday in a Chrysler sedan in the Edisto River near Orangeburg, South Carolina. They were allegedly suffocated by their mother, 29-year-old Shaquan Duley. Police said Duley then put the boys' bodies in her car and sank it in the river. She faces two counts of murder in their deaths.

Smith is serving a life sentence for drowning her two sons, 3-year-old Michael and 14-month-old Alex, by rolling her Mazda into John D. Long Lake in Union, South Carolina. She was convicted of two counts of murder, but jurors opted to spare her the death penalty.

Tommy Pope, the prosecutor who put Smith in prison, told CNN's Kyra Phillips on Wednesday that his first thought, upon hearing about the Duley case, was "Here we go again."

"It's become all too frequent over the years, but it brings it all back," he said.

While the case is tragic, he said, one positive is that authorities were immediately suspicious of Duley's story and were able to find out the truth quickly. Duley told police she had lost control of her car and it had rolled into the river, according to Orangeburg County Sheriff Larry Williams. But her clothes were dry, and there were no skid marks or other indications of an accident near the boat landing where the car entered the water. Under questioning, police said, Duley told police she had killed the boys and then sank the car intentionally.

Smith, then 23 and going through a divorce, initially told authorities she had been carjacked by an African-American man -- an accusation that inflamed racial tensions in the small town of Union. She stuck to that story for nine days, appearing on national television alongside her estranged husband to issue tearful pleas for their release, before telling police the truth.

Prosecutors said Smith killed her children after receiving a "Dear John" letter from a man she was dating who did not want children.

In the car along with her sons were some wedding items, Pope said Wednesday. "Basically, she had everything but David Smith [her estranged husband]. She was getting rid of that entire scenario of the marriage."

Smith wanted the new boyfriend, he said, but giving her children away was not an option -- "then you're a bad mother. You're less desirable." But if the children died, she could still be seen as a good mother and also be a victim to be pitied, Pope said, giving "Prince Charming" an opportunity to step in.

Asked if he thinks Smith got what she deserved, he said, "I personally don't. I sought the death penalty. I respect the jury's verdict, but I think the fallacy was that they thought she would sit and contemplate what she'd done with those boys. I think her conduct since, in prison, shows that she's more worried about Susan, as I believe she was back at that time." Two prison guards reportedly have been disciplined for having sex with Smith.

Pope, who is seeking a state legislative seat, said he has accepted that "I'll always be 'the Susan Smith prosecutor.' " He recalled recently talking to a young man in college who was unfamiliar with the Smith case.

"I got to thinking he was about the age Michael and Alex would have been," he said. "So a number of years have passed, but it always sticks with me."

He said he used to hear from David Smith -- who wrote a book about the case -- from time to time, and believes he is doing well. Pope said he typically doesn't seek such people out, understanding that he "represents the worst part in people's lives," but that he welcomes hearing from people involved in past cases.

He said he isn't familiar with the facts in the Duley case, but now, "life means life in South Carolina." It didn't in 1994. Sentenced to life, Smith will be eligible for parole at some point -- something he could not tell jurors, he said. The law was changed after her conviction.

"Certainly it qualifies for the death penalty," he said. "But you need to look at the factors. What always concerns me is, you are trying to look at the character of the defendant, and wanting to be free is a cheap excuse for taking two children's lives."

"We've all got a lot of strife," he said. "I have kids at my house, and there's good days and bad days, but that's the ultimate in selfishness."

Susan Smith's defense said that she also aimed to kill herself. "I'm not being crass, but if it's really that desperate, it's always ironic that the mother kills the kids but doesn't take her own life," he said.