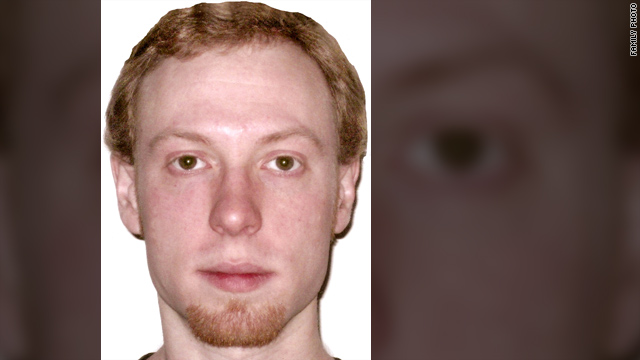 (CNN) -- American graduate student David Gimelfarb vanished a year ago while hiking in Costa Rica. He is one of three men who disappeared in Costa Rica in 2009.

Gimelfarb, 28, was working on his doctorate degree at the Adler School of Professional Psychology in Chicago, Illinois, and traveled to Costa Rica on his summer break. According to his family, Gimelfarb arrived on August 9 and was last seen two days later.

He was hiking in Parque Nacional Rincon de la Vieja, a thick jungle popular among backpackers, when he vanished. His vehicle was found in the parking lot, and his cell phone and passport were found in his hotel room.

Some witnesses place Gimelfarb at the hotel bar later that afternoon, while others say he left the hotel in his car and was not seen again.

Gimelfarb's orange, gray and black North Face backpack is missing. It might contain a water bottle, power bars, a camera and a travel book on Costa Rica. Gimelfarb also had the keys to his apartment in Chicago, his rental car keys, his wallet and a copy of his passport with him.

Vacationing British journalist Michael Dixon and American ex-patriot Craig Snell also went missing in Costa Rica in 2009. The three cases have some similarities. All three men left belongings behind and were walking along beaches or near the coast. But authorities are not saying whether there is any connection.

Dixon, 33, vanished in October in Guanacaste province. He was last seen leaving his hotel in shorts.

Snell, a former resident of Key West, Florida, had lived in Costa Rica for five years before he disappeared in February while walking along a beach. He left his dog behind, without providing extra food, as well as his passport, wallet and credit cards. His computer was left on.

Gimelfarb's family and friends have turned to Facebook and other Internet outlets to get the word out. In the past year, several sightings of Gimelfarb have been reported in Costa Rica.

The most recent came in mid-February, when a man fitting Gimelfarb's general description walked into a coast guard station. The man's beard was overly grown, his hair was long, he was filthy and appeared disheveled.

The man appeared to be dazed and confused, authorities said. By the time law enforcement contacted Gimelfarb's parents in the United States, he had left. Police did not have a legal reason to hold him.

The reported sighting is considered by those looking for Gimelfarb to be the most credible. His family believes he is alive but is sick or has amnesia.

"My son may have been the victim of some kind of attack or foul play, which left him ill, confused, scared or even with amnesia," Roma Gimelfarb, David's father, told CNN. "We are very worried about his safety and need to find him."

Costa Rican authorities, the Red Cross, local volunteer search parties and U.S. military resources have been involved in a series of searches, both on the ground and in the air.

The family also hired a Costa Rican private investigator, Arthur Mitiniani, who found no activity on Gimelfarb's credit cards after he went missing.

According to JIO protocol, an investigation is closed when there is no evidence of foul play or a crime uncovered.

"We have had to hire our own local people to look for my son, since the government is no longer helping us," he said. "We even brought two teams of dogs from the U.S. to conduct a search."

David Gimelfarb is 5 foot 8, weighs about 175 pounds, has light brown eyes, blond hair and a scar on his left side.

His family says he had no known physical or mental ailments before he went missing. And although, his grandmother's death a few months before may have precipitated this hiking trip, Gimelfarb was not depressed or in an unusual state of mind before hearing out for his trip to Costa Rica, his family says.

If anyone has any information leading to the whereabouts of David Gimelfarb, please call the tip line at 506-88-99-49-99, which is the number in Costa Rica of private investigator Mitiniani.