Shaquille O'Neal fights allegations that he framed man to silence him 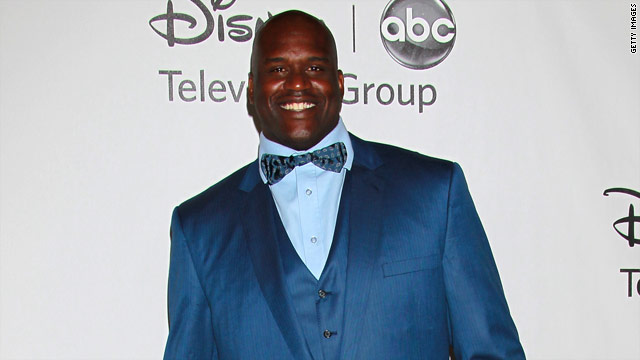 A lawyer for Shaquille O'Neal says the man accusing him is an ex-con who demanded money from the NBA star.
STORY HIGHLIGHTS
RELATED TOPICS

Shawn Darling, who was O'Neal's personal computer consultant from 2008 to 2009, said the NBA center acted in retaliation because Darling had proof that O'Neal cheated on his wife with several women.

But O'Neal's lawyer claims in the motion that Darling illegally obtained the supposedly incriminating e-mails, text messages and voice mails to support his "baseless" lawsuit in an effort to "extort" O'Neal and sully his name.

"The Complaint's rambling, unsupported allegations, through which Darling alleges that he possesses substantial knowledge that would harm the Defendant both in a separate and unrelated lawsuit, as well as in the public eye at large, render Darling's nefarious motive clear."

The 13-page response, filed Thursday in Miami-Dade Circuit Court, also argues that Darling's claims of privacy invasion, racketeering and intentional infliction of emotional distress are unsupported by any legal theory.

"Even if everything he was saying were true, we believe there is no basis in the law to bring the case," Reid told CNN Thursday. "But in this case, none of it's true."

The salacious 15-page complaint describes O'Neal's alleged dealings with three women and his ex-wife, whom he was divorcing at the time. Darling claims he was drawn into O'Neal's tangled affairs as a computer consultant, eventually acquiring enough information to make him a liability that O'Neal then sought to have arrested, according to the lawsuit, which was filed in August and reported Wednesday for the first time on RadarOnline.com.

Reid said the lawsuit came about after O'Neal refused to pay Darling $12 million in return for copies of physical and electronic files that Darling, a convicted felon, stole from O'Neal while he was working for him.

Darling's lawyer, however, said the e-mails, texts and pictures in his possession came from accounts in Darling's name that O'Neal asked him to set up for him to use to contact his various mistresses.

Darling filed the lawsuit out of a real fear that O'Neal would act on his alleged plans, the lawyer said.

"I don't need anyone to take my client's word for it. I have the evidence: Text messages from Shaq, e-mails complaining about how my client is going to ruin him, " Mayberg said Wednesday. "Anyone who says the evidence is not there, he'll eat those words."

O'Neal, who this summer signed with the Boston Celtics, employed Darling while O'Neal lived primarily in Miami. During that time, Darling performed various odd jobs that gave him access to O'Neal's e-mail and cell phone accounts, the complaint states.

Darling's lawyer claims he was hired as an independent contractor for the specific purpose of helping him retrace all the e-mails and texts he'd sent to Alexis Miller, a woman who claimed to have a relationship with O'Neal, and who'd accused him of harassment.

"In the end, my client couldn't get AOL to give him all the information from [O'Neal's] account without getting lawyers involved," Mayberg said. "After that, Shaq used my client and his personal property to send text messages and e-mails to contact his mistresses."

The lawsuit contains allegations that O'Neal used law enforcement contacts to obtain information about Alexis Miller, and that he hacked into a phone belonging to Vanessa Lopez, erasing messages and changing her password.

The lawsuit also accuses O'Neal and an associate of throwing his computer into a lake after Darling performed a " 'Defense Department' type wipe" of the computer. Darling also claims that O'Neal believes he has pictures of him with Dominica Westling.

As a result, the lawsuit alleges, O'Neal has attempted to "control" Darling's actions through threats of violence and attempts to frame him for possession of child pornography and to have him arrested using O'Neal's extensive law enforcement contacts.

"O'Neal knows that Darling not only has knowledge of his bad acts that might be used against him in litigation, but O'Neal also knows that Darling has evidence that shows he cheated on his former wife [Shaunie O'Neal] with many more people than just Vanessa Lopez," the lawsuit states.

"Darling is in apprehension and fears for his safety," the lawsuit says.

O'Neal's lawyer issued a statement after the lawsuit was reported on Wednesday that described Darling as an ex-con who has served time in a federal prison in Wisconsin for misusing Social Security numbers, and said Darling failed to disclose the prison record to O'Neal.

An online inmate search of the Federal Bureau of Prisons showed that a man named Shawn Darling was released on March 22, 2002.

"But that doesn't make him liar," he said.

O'Neal's lawyer, however, said the case would come down to credibility of the parties involved.

Reid said Darling used his position to copy O'Neal's e-mails and communications. Over the past 12 months and through three separate lawyers, he has demanded $12 million for their return, Reid said.

When O'Neal refused to cooperate with Darling, he filed the lawsuit, Reid said. The complaint seeks unspecified damages and a jury trial.

"It doesn't take much to file a suit and unfortunately, this seems pretty common in our society. People target celebrities," he said.