FBI: Powder in package sent to Arizona congressman is 'nontoxic' 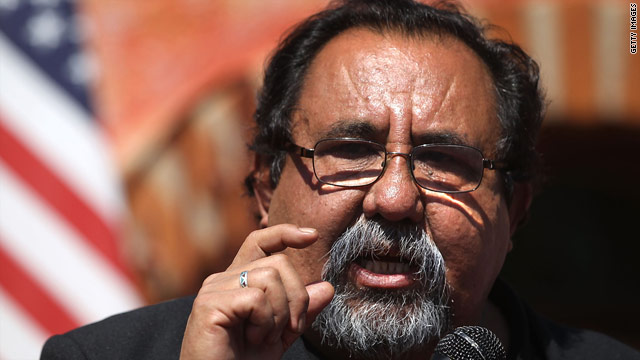 Read more about this story from CNN affiliate KVOA.

(CNN) -- The suspicious powder inside a swastika-adorned package sent to an Arizona congressman is "nontoxic," an FBI spokesman said Friday.

Almost a dozen people were in the office when the incident happened around 12:30 p.m. Thursday (3:30 p.m. ET), he said. All of them were checked on-scene by local authorities and sent home.

Scientists at an FBI laboratory in Phoenix, Arizona, conducted a full analysis of the substance, according to Sarvana. Those tests came back negative midday Friday, according to FBI Special Agent Manuel Johnson.

Johnson said the FBI would have no further comments, as "the investigation is ongoing." U.S. Capitol Police are also participating in the investigation, according to Sgt Kimberly Schneider, a spokeswoman for the force.

The incident was the third security issue at Grijalva's district offices this year, Sarvana said.

"It's just a continuation of a problem we've been having," Grijalva told CNN affiliate KVOA.

In April, the congressman closed two local offices for an afternoon after receiving threats regarding his position on controversial immigration legislation. And in July, a bullet shattered a window in his Yuma, Arizona, office, KVOA reported.

"I do feel a great deal of concern for the people that work with me, for me. I feel concerned for the constituents that come to that office," Grijalva told KVOA Thursday. "Obviously, we're going to have to make more changes."

CNN's Melanie Whitley and Carol Cratty contributed to this report.