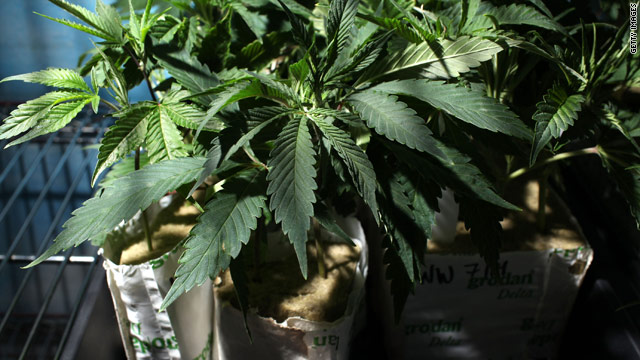 (Health.com) -- Lynda, a 48-year-old mother of three who lives in upstate New York, got a diagnosis of fibromyalgia in 2000. While there are prescription medications for fibromyalgia, she's found one unconventional drug -- marijuana -- that really does the trick.

"I would use [marijuana] when the burning pains started down my spine or my right arm, and shortly after, I found I could continue with housework and actually get more done," says Lynda.

Fibromyalgia is notoriously difficult to treat and only 35 percent - 40 percent of people with the chronic pain condition get relief from the available medications. Although there are strong opinions surrounding its use, some patients are trying marijuana -- legally or illegally -- and finding it can help fibromyalgia pain.

"My patients are asking me all the time about it," says Stuart Silverman, M.D., a rheumatologist at Cedars-Sinai Medical Center, in Los Angeles. "Historically and anecdotally, marijuana has been used as a painkiller."

Our bodies naturally make pain relievers called endorphins, but they also make other substances that can trigger pain relief in the so-called endocannabinoid system. This system seems to play a key role in many processes in the body, including modulating how we feel pain. Marijuana contains cannabinoids very similar to those that occur in the body naturally.

Fibromyalgia patients typically experience bodywide pain, but they must often take multiple drugs for other symptoms, which can include difficulty sleeping, restless legs syndrome, depression, and anxiety. However, marijuana may treat multiple symptoms, and some patients are seeing results.

It seems logical -- why shouldn't fibromyalgia sufferers try marijuana for their symptoms, if they live in a state where medical marijuana is legal?

But there are two problems with herbal cannabis, Silverman and other critics say: It's a complex natural substance that contains about 60 different compounds with potentially medicinal effects, some of which may interact with one another. The other problem is that the amount of these various compounds may vary by batch, as marijuana is not synthesized but grown.

While Silverman says he has great hopes that synthetic medicines based on individual compounds in cannabis may one day help fibromyalgia patients (after appropriate randomized controlled clinical trials have been done), he argues that the real thing today is just too inconsistent.

"We think that there's probably a role for that class of compounds, the cannabinoids in general, and it's just a question of working out how that's going to be put into practice," says Mark Ware, M.D., an assistant professor in family medicine and anesthesia at McGill University, in Montreal, and the executive director of the Canadian Consortium for the Investigation of Cannabinoids.

Nabilone is a synthetic analog of delta-9 tetrahydrocannabinol -- THC for short -- often thought of as the active ingredient of cannabis. The U.S. Food and Drug Administration (FDA) approved the drug back in 1985 for treating nausea in cancer patients undergoing chemotherapy.

The only other cannabis-based drug now on the market in the U.S. is dronabinol, which is sold as Marinol in the U.S. and is FDA-approved for treating chemo-related nausea and vomiting. It hasn't been tested formally in fibromyalgia patients, although Lynda received a prescription for Marinol in 2006.

"The drug makes me more tired and doesn't last long enough in my system, but I've stuck with it since then for two basic reasons -- I do supplement with marijuana, just not as many times per day," she says. "There are times that I don't use all day or week or month."

A third cannabis-based medicine, Sativex, is now in clinical trials in the United States for treating cancer pain.

The drug is sprayed under the tongue or into the cheek, and contains THC and cannabidiol, a non-psychoactive compound found in cannabis that eases inflammation and pain and may also reduce the side effects of THC (like anxiety, hunger production, and some of the intoxicating properties), as well as a number of other compounds (other cannabinoids and terpenoids, which are analgesics in their own rights).

But do they help?

"It is quite possible that cannabis-based medicines could be helpful for sufferers of fibromyalgia based on available science," says Ethan Russo, M.D., who is senior medical advisor to GW Pharmaceuticals, which makes Sativex, and a study physician for the U.S. clinical trials now underway for cancer treatment.

Russo says he's hopeful Sativex will get FDA approval for treating cancer pain in 2013. "While a theoretical basis for Sativex potentially helping benefit fibromyalgia symptoms is quite strong, and we know it has been very helpful with neuropathic pain and sleep disturbance in many other conditions," he adds, "it's ultimate utility in fibromyalgia can only be proven in a meaningful, practical fashion through formal randomized clinical trials."

For now, Ware says, patients with fibromyalgia who aren't being helped by their existing treatment might want to discuss nabilone with their physician. "A lot of doctors just don't know that these prescription cannabinoids exist," he says.

However, these drugs have side effects too. "The most typical side effects are what I call the three D's: drowsiness, dizziness, and dry mouth. It's not euphoria as such," he adds.

In Canada, federal law allows patients to use medical marijuana with a doctor's support (they can't prescribe marijuana because it's not approved as a drug in Canada) of the patient's application to possess; the drug is delivered directly to the patient, and grown under controlled conditions by the government.

"I have patients with a range of pain syndromes who have failed all their other treatments and for whom herbal cannabis has been the only reasonable option that they have that controls their symptoms," Ware says. In such cases, he adds, he will help the patient obtain the card they need to authorize them to possess the drug.

But in the U.S., the legality of medical marijuana is determined state-by-state (it's now legal in 14 states), and rules and regulations vary widely.

And while Attorney General Eric Holder said last year that he would no longer go after people who were selling or using medical marijuana legally, many users -- and potential users -- are fearful of the legal risks they may be taking.

"Licensed for use or not, it's still a federal crime, says Dee, a 52-year-old medical assistant with fibromyalgia, who lives in Colorado, which passed a law allowing medical marijuana in 2000. While visiting a wellness center for therapeutic massages, staffers suggested she try marijuana for her symptoms.

After getting her doctor's approval, "I tried a little of this and a little of that. I would say that most of the time my pain was not relieved," although she did sleep better and had a better appetite. "I did find one plant that really did help, but it was hard to get, and you only get so much grown per plant for year."

Health.com: 10 gifts that ease the pain

So when the time came for Dee to get her state license to use medical marijuana (Colorado gives people 90 days), at a cost of $90 every year, "I let the ball drop."

While Dee says she has no problem with medical marijuana, she is concerned about the increase of dispensaries across the state. "There are more places to purchase medical marijuana than banks or Mexican restaurants now," she says.

In New York, the state assembly has approved medical marijuana legislation, and Lynda says she is working to support legalization efforts there. For now, legal or not, she is continuing to use marijuana.

"I would suggest to any 'fibromyalgiac' to try marijuana if they are open to it," says Lynda.

"I swore when I became a parent I would not touch weed again (ah, youth), but times have changed, and I was desperate to find something for the burning pain so I could function. I'm glad that I made this decision because it works for me."