Study: Children of suicide more likely to take own lives 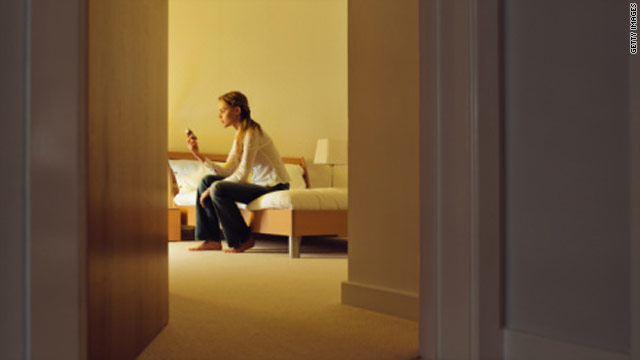 (CNN) -- Poet John Berryman. Sylvia Plath's son, Nicholas Hughes. These are prominent examples of people who whose parents died by suicide when they were children and also took their own lives as adults.

A large study has found that people who as children or adolescents lost a parent to suicide are more likely to die the same way. The research will be published in the May issue of the Journal of the American Academy of Child and Adolescent Psychiatry.

"It appears from our results that all factors -- developmental, environmental and genetic -- are important," said lead author Holly Wilcox of Johns Hopkins Children's Center.

They found that Swedes who were children or adolescents when a parent took his or her own life had a three-fold increased risk of dying by suicide themselves. But young adults, in the 18 to 25 age bracket, did not have this higher risk.

"The disruption associated with parental suicide, we think, is greater when someone loses a parent during childhood and adolescence," Wilcox said.

Although the risk of suicide went up for children of people who had taken their own lives, suicide itself is still a relatively rare event, Wilcox said.

In the United States, between 7,000 and 12,000 children lose a parent to suicide each year, the researchers said.

The findings have the caveat that they are attached to a country that provides universal health care and has a higher economic status than many others, Wilcox said.

Still, the study is important in confirming the hereditary risk of suicidal behavior, said Dr. Maria Oquendo, a psychiatrist at Columbia University Medical Center who was not involved in the research.

A study in the same journal in February found that suicide attempts also run in families. In some cases, the children had attempted suicide before the parents did, said Oquendo, co-author of that study.

Oquendo and colleagues found that exposure to suicide -- that is, knowing about a parent's suicide attempt -- could not account for the pattern. This suggests that family members do not imitate suicidal behavior but that there may be predisposition toward it, Oquendo said.

Previous research also has found indications of a genetic component to suicide.

A 2009 study in the Proceedings of the National Academy of Sciences found biological markers for depression. Researchers found that the cortex, the brain's outermost surface, tended to be thinner in people at high risk of developing depression.

Participants had this brain surface thinning before they developed mental problems, the study said. Both children and grandchildren of depressed people had these structural differences in their brains.

Researchers believe that the thinning interferes with the processing of emotional stimuli, meaning people with these abnormalities may benefit from therapy specifically addressing how to respond to social stimuli, co-author Dr. Bradley Peterson, a psychiatrist at Columbia University Medical Center, said when the study was published.

Screening may one day become available for this cortical thinning and may help doctors determine depression risk early on, he said.

Many people mistakenly believe that stress is at the root of suicides; stress can play a role, certainly, but the familial component can determine how people respond to stress, Oquendo said.

"Unless there's something that predisposes you to react to stress in that way, the stress won't precipitate a suicide," she said.

There are opportunities for young people who lose a parent to suicide to be recognized in primary care, Wilcox said. Early identification and treatment of depression could help in suicide prevention, she said.

The surviving parent should also be more sensitive to any psychiatric problems that come up, Wilcox said.

Wilcox's study also found that a child's risk of committing a violent crime went up if he or she had lost a parent, regardless of cause.