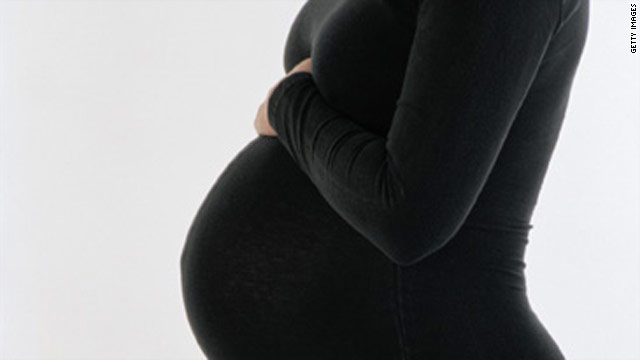 A study's findings are a sign that current vitamin D guidelines are far too low, says a doctor.
STORY HIGHLIGHTS
RELATED TOPICS

(Health.com) -- Pregnant women could -- and probably should -- consume 10 times more vitamin D than experts currently recommend, according to a new study.

Current guidelines for daily vitamin D intake during pregnancy range from 200 international units (IU) per day to 400 IU, the amount found in most prenatal vitamins. For decades, doctors have worried that too much vitamin D during pregnancy could cause birth defects, and under current guidelines anything over 2,000 IU per day is still considered potentially unsafe for anyone, not just pregnant women.

That much vitamin D is not only safe during pregnancy, the researchers say, but doubling it may actually reduce the risk of complications.

Pregnant women should not change their vitamin D intake without consulting their physicians, however. The study looked only at women in their second trimester and beyond, and it's not yet clear whether high doses of vitamin D are safe earlier in pregnancy, when organs are formed and the fetus is especially vulnerable to birth defects.

Health.com: Vitamin D -- why you need this vitamin now

"Pregnant women need to take 4,000 IU of vitamin D a day," says Bruce Hollis, Ph.D., the director of pediatric nutritional sciences at the Medical University of South Carolina, in Charleston, and one of the authors of the study. "We didn't see a single adverse effect. It was absolutely safe, and we saw a lot of improved outcomes. The risk of preterm labor was vastly decreased and so was the risk of other complications of pregnancy."

Hollis and his colleagues presented their research today at the annual meeting of the Pediatric Academic Societies in Vancouver, B.C.

Taking supplements is the only practical way to consume that much vitamin D. "You can't drink that much milk," Hollis says. "You take prenatal vitamins for other things, but the amount [of vitamin D] in a prenatal vitamin is useless."

The findings are a sign that current vitamin D guidelines are far too low, says Elisa Ross, M.D., a staff physician at the Cleveland Clinic Institute of Women's Health, in Ohio. "In the olden days, we thought vitamin D could be associated with certain birth defects and may cause more calcium to build up in the women's blood. If this study is confirmed -- which I am hoping it will be -- it will increase the amount of vitamin D we recommend 10-fold."

Rasa Kazlauskaite, M.D., an endocrinologist at Rush University Medical Center, in Chicago, Illinois, cautions that more research is needed before firm recommendations can be made. "This study answers the question, 'Is vitamin D safe and beneficial for the average pregnant women?' but how it affects individual pregnant women needs to be answered," she says.

For instance, Kazlauskaite says, vitamin D intake during pregnancy should perhaps be pegged to a woman's blood levels of vitamin D. The American Academy of Pediatrics, which recommends that pregnant women take a prenatal vitamin containing at least 400 IU of the vitamin, also recommends that obstetricians measure the vitamin D in pregnant women's blood to ensure that the fetus is receiving enough to develop properly.

Health.com: The most important nutrient you're not getting

Despite the medical community's long-standing fears, few women in the study were concerned about vitamin D--related birth defects, according to Hollis. "We got more resistance from physicians than from patients," he says. "One doctor wrote to the National Institutes of Health and said, 'Don't let this study go forward. You are going to injure fetuses.'" (The National Institutes of Health funded the research.)

"There are no risks," Hollis adds. The conventional wisdom about the dangers of too much vitamin D was "manufactured and based on flawed data," he says. "There was never any real harm, just misconceptions."

Known as the "sunshine vitamin" because the body produces it when exposed to sunlight, vitamin D has been the focus of intensive research in recent years. Studies in adults have linked vitamin D deficiency to a laundry list of serious health problems, including heart disease, certain cancers, osteoporosis, diabetes, Alzheimer's disease, schizophrenia, and some autoimmune disorders.

Even though vitamin D is added to food products such as milk, a deficiency of the vitamin is widespread in adults, children, and infants. A decrease in everyday sun exposure and the growing obesity epidemic are both likely to blame for this, according to Kazlauskaite. "At least half of Americans are overweight or obese, and fat traps vitamin D," she explains. "As a result, we are more predisposed to vitamin D deficiency."

Michael F. Holick, M.D., a professor of medicine, physiology, and biophysics at the Boston University School of Medicine, has maintained for years that getting too little vitamin D is worse than getting too much. Although doctors have been taught that vitamin D is toxic in large amounts, he says, vitamin D intoxication is extremely rare and easy to treat.

The levels of vitamin D recommended in the new study are sensible, Holick says. Previous research suggests that pregnant women who get too little vitamin D are more likely to develop life-threatening high blood pressure (preeclampsia) and are also more likely to require a Cesarean section, he says.

"Giving 4,000 IU a day to pregnant women not only doesn't cause toxicity, but may improve birth outcomes," Holick says. "The risks of vitamin D during pregnancy are overblown and the benefits are understated."

Prompted by the recent flood of research on vitamin D deficiency, the Institute of Medicine, an independent organization that advises the U.S. government on health matters, is now considering whether to raise its guidelines for vitamin D intake, including those for pregnant women (200 IU per day) and the maximum safe daily dose (2,000 IU). The new guidelines are expected to be announced this summer.

Hollis predicts that the institute will take a conservative approach. But he hopes that at the very least, "the upper limit is raised from 2,000 IU to something much higher, so it is not an impediment to doing research."