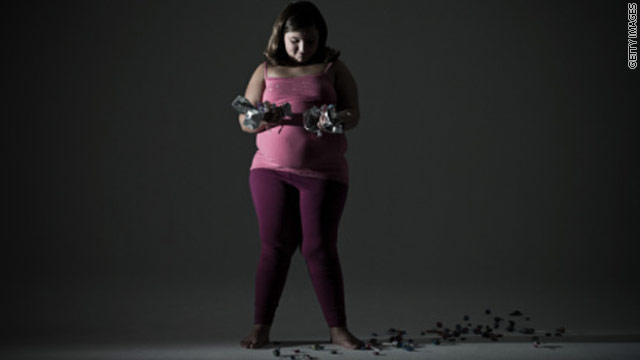 (Health.com) -- Children in Grades 3 through 6 who are obese are more likely to be bullied than their normal-weight peers, a new study has found.

No one who has attended grade school -- or who has even the slightest familiarity with children -- will be surprised by these findings. What is surprising, however, is that obese children are bullied more often even if they possess qualities that can discourage bullies, such as having good social skills or doing well in school.

"When we started this study, I really suspected that we might find that the obesity or overweight might not be the driving force," says the lead author of the study, Julie Lumeng, M.D., a professor of pediatrics at the University of Michigan, in Ann Arbor. "What we found is that it didn't matter. No matter how good your social skills, if you were overweight or obese you were more likely to be bullied."

In the study, which appears this week in the journal Pediatrics, Lumeng and her colleagues followed more than 800 children -- all born in 1991 -- from 10 cities across the U.S. When the children were in the third, fifth, and sixth grades, the researchers surveyed teachers, mothers, and the children themselves about whether they were bullied, and also surveyed the adults about the children's social skills. They then compared these responses with the children's body mass index, a simple ratio of height and weight.

Overall, kids who were obese were 65 percent more likely to be bullied than their peers of normal weight; overweight kids were 13 percent more likely to be bullied, although that finding was not statistically significant, the study notes. This pattern persisted even when the researchers took into account other factors that are associated with both obesity and being bullied, such as coming from a low-income family or doing poorly in school.

Still, the findings don't rule out the possibility that being overweight and being bullied share a common, underlying cause, says Matthew N. Davis, M.D., a primary care physician and the director of the C.S. Mott Children's Hospital National Poll on Children's Health.

"There's always been the question in the back of people's minds about whether there was another factor involved which was related to both bullying and obesity," says Davis, who was not involved in Lumeng's study.

Sylvia Rimm, Ph.D., a clinical professor at the Case Western Reserve University School of Medicine, in Cleveland, Ohio, suggests that the low self-esteem of overweight children may make them targets for their peers.

Rimm, who wasn't involved in the study, surveyed thousands of middle-school children for a 2004 book, "Rescuing the Emotional Lives of Overweight Kids." "Kids who considered themselves very overweight not only were bullied, but...indicated more loneliness, saw themselves as troublemakers, and saw themselves as sad, fearful, and wimpy," she says. "They really have huge struggles."

One reason that children might be more apt to pick on their overweight classmates is that they are taking after adults, says Davis.

"Children pick up behaviors from adults, so we always have to keep in mind how we're modeling respect for others around multiple issues, including weight," he says. "Imagine how many signals kids get about weight just by hearing conversations by adults or seeing advertisements on TV. The messages are everywhere in terms of trying to control weight and be a different size than you are right now."

Wendy Craig, Ph.D., a professor of psychology at Queens University in Kingston, Ontario, says that bullying and obesity are both major public health concerns that teachers and schools -- and not just parents -- need to address.

Health.com: 20 easy meals for families to enjoy together

Teachers "are like social architects," says Craig, who has studied bullying for more than a decade but wasn't involved in the current study. "They set the tone for what's acceptable. Teachers reinforce these messages every day in their classroom when they interact with kids."

In fact, positive interactions with parents may help prevent bullying in the first place, according to another new study, presented today at the annual meeting of the Pediatric Academic Societies in Vancouver, B.C.

In that study, researchers at the University of Texas Southwestern Medical Center analyzed data from the 2007 National Survey of Children's Health, which included more than 45,000 parents of children between the ages of 10 and 17.

Children whose parents shared ideas and talked often with them were about 40 percent less likely to bully other children compared to the children of parents who said they didn't do those things regularly. On the other hand, the children of parents who said they are often angry with them or who feel bothered by them were up to three times more likely to be bullies, according to the study.

Interestingly, previous studies have suggested that obese children are more likely to bully others, in addition to being the victims of bullying. One possible explanation for this, Lumeng says, is that children who have difficulty staying calm and controlling their impulses to lash out at others may also have a hard time regulating their eating, and may eat for emotional reasons rather than out of hunger.

Overweight children are caught in a vicious circle of self-destructive behavior, Rimm says. "They're inactive, and they're sad kids, and they use eating as gratification," she says. "Of course, the effect is that continued eating is almost their only source of satisfaction, and so it's a terrible cycle."

"A key thing is to discover their strengths and get them involved and active in extracurricular activities," she says. "If they concentrate only on their weight, they're not going to build confidence."