Do pregnancy and bipolar disorder mix? 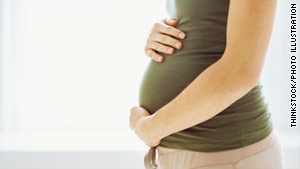 (Heath.com) -- As recently as 10 years ago, doctors advised women with bipolar disorder not to have children. While that thinking is now dated, bipolar women often face tough decisions about how to handle their medication during pregnancy.

Most drugs prescribed for bipolar disorder carry some risk of birth defects, yet women who discontinue medication risk relapsing into a manic or depressive episode; during the postpartum phase the relapse rate is as high as 50 percent to 70 percent, by some estimates.

Even more alarming, bipolar women are 100 times more likely than other women to experience postpartum psychosis, a severe mood disorder that, at its very worst, can result in infanticide.

Sally, 38, started taking lithium after a severe manic episode eight years ago. She eventually switched to other drugs, but in 2007 she stopped her medication altogether when she learned that she was pregnant.

The pregnancy was uneventful. Her daughter, Stella, did arrive six weeks early, but after 21 days in the hospital Stella was finally at home and thriving.

"I was extremely hyperactive," she says. "I was going a million miles an hour." Everyone had told her, "When the baby sleeps, you sleep" -- but she couldn't rest. While Stella napped, Sally would clean her Jackson, New Jersey, home yet again, wiping down doorknobs and light switches. She baked blueberry cobbler at 6 a.m. and pulled weeds into the night.

Though she had restarted her meds the day she gave birth to Stella, after a string of sleepless nights several months later Sally finally realized that lithium was the only thing that would bring her back to her senses. And it did.

Yet Sally continued to have doubts that she was strong enough to be a mother. These are doubts that many women with bipolar disorder share.

Say no to drugs?

Meredith, 27, of Dix Hills, New York, was diagnosed with bipolar disorder in 2007 and began taking lithium. Two years later, as she was planning her wedding, she took a cocktail of mood stabilizers, antidepressants, and antipsychotics: lithium, Abilify, propranolol (Inderal), and escitalopram (Lexapro).

"I was grateful for the lithium at first," says Meredith, who did not want her last name used. "But then I was like, 'There go all my options for having kids.'"

When it was first approved by the FDA in 1970, lithium was believed to cause heart-valve defects in an extremely high percentage of infants born to mothers who were on the drug (about 1 in 50). Decades later, new research has downgraded the risk, to about 1 in 1,000 to 2,000.

Bipolar medications aren't considered as risky during pregnancy as they once were, but they aren't exactly harmless either. According to the FDA's letter-grade system for drug safety during pregnancy, most psychotropic drugs pose a potential risk to the fetus. Studies have found that the anticonvulsants valproic acid (Depakote) and carbemazepine (Tegretol) can cause birth defects ranging from physical deformities to spina bifida, for instance, while some research suggests that another anticonvulsant, lamotrigine, may carry an increased risk of cleft palate.

The risk of birth defects is small, yet the decision to stop taking medication is common, even among women with severe psychiatric illness. In 2008, after she got engaged, and after consulting her psychiatrist, Meredith decided to start tapering off lithium. "I, personally, would like to not be on any medication," she says, when considering a future pregnancy. "I just don't want to take any chances."

Should bipolar women discontinue their medication? According to reproductive psychiatrist Catherine Birndorf, M.D., the founding director of the Payne Whitney Women's Program at New York Presbyterian Hospital, "There's not just one answer." The severity of bipolar disorder varies widely from person to person, and for this reason it's difficult to standardize care for pregnant women with the disorder, Birndorf explains. "Each case must be considered on an individual basis," she says.

But what many of Bindorf's patients do not initially realize is that untreated illness -- and not just medication -- can be risky. According to a 2007 study in the American Journal of Psychiatry, women who discontinued mood stabilizers during pregnancy spent over 40 percent of their pregnancy in an "illness episode." And research suggests that the effects of maternal depression on the fetus can lead to complications both during and after pregnancy.

Still, many bipolar women believe they have to stop taking all of their medications for the sake of their child -- and often psychiatrists or OB/GYNs steer women away from medication, according to Margaret Spinelli, M.D., director of the Women's Program in Psychiatry at Columbia University.

"I hope that women will come to a perinatal psychiatrist to get an evaluation," says Spinelli. "Because they can become so ill. And the problem is that if they become really ill during the pregnancy off the medication, it may take a lot more medication to stabilize them."

A complication-free pregnancy with or without medication doesn't mean a woman is in the clear. For any bipolar mother, the trickiest time is not the pregnancy itself but the postpartum period.

Postpartum difficulties are not limited to bipolar women, of course. Many women experience the crying episodes known as the "baby blues," and an estimated 10% of women go through a more severe postpartum depression. Women with bipolar disorder are at much higher risk, however; postpartum psychosis -- which is believed to be a form of bipolar disorder -- occurs in as many as 25 percent to 50 percent of deliveries.

While postpartum psychosis is a serious risk, it's a risk that can be treated, and often prevented, with medication. It's extremely important for a woman with bipolar disorder to have a plan in place with her family and her doctors in the event that she does become psychotic, says Spinelli. Due to the high risk of psychosis, bipolar women should "really start medicines at least before they deliver," she adds.

As the field of perinatal psychiatry grows, many bipolar women are choosing to stay on medications to avoid any chance of postpartum psychosis or manic episodes. "I'd heard so many horror stories of people harming the baby," says Michele Noll, 38, of Atlanta, who has delivered two healthy babies while taking mood stabilizers.

Health.com: Bipolar celebrities: Does it make them more creative

"I did not have mood swings," Noll says of her pregnancy and postpartum period. "Nobody even knew I was bipolar."

Breast-feeding presents another challenge. Even though some medications are safe while nursing, feeding a baby requires waking up often throughout the night. And in people with bipolar disorder, sleep deprivation can trigger a manic episode.

Shanun Carey, 26, of Manchester, N.H., became so manic while breast-feeding that she was "bouncing off the walls," eventually volunteering to clean her neighbors' apartments to burn off excess energy. When her daughter was six months old, Carey realized she had to stop breast-feeding to get healthy again; she switched to formula so she could resume her medications and a regular sleep schedule.

Formula isn't the only solution. Rachael Bender, 31, of Naples, Florida, who writes a blog called My Bipolar Pregnancy, realized that losing sleep would be a huge challenge in trying to breast-feed. But she did want to try, so she and her husband worked out a system when her daughter was an infant.

To save Bender from getting the baby up and back to sleep, her husband slept in the guest room, next to the bassinet, and brought the baby in to Bender when the baby was hungry. "The hardest thing about the whole pregnancy," Bender says, "was the sleep after she was born."

Sally, who lapsed into depression after the lithium got her mania under control, still struggles with the ups and downs of bipolar disorder. Because she is committed to being a great parent to Stella, she has made what she says is the most difficult decision of her life.

"Absolutely, I will not have another baby," Sally says, acknowledging that no matter how many times her healthy daughter kisses her, or her husband tells her she's a wonderful mother, she still has doubts related to her bipolar disorder and the amount of attention it requires. "I want to be the best mother I can be, and if I had two children I'd worry that I was spreading myself too thin," she says.

Meredith knows that pregnancy will be "a difficult time," and people have already questioned her decision to have children; a family friend even told her that it would be a "heartache" for her if she did have a child with bipolar disorder. Bipolar disorder does tend to run in families: Studies show that a person is 10 times more likely to develop the disorder if a parent is bipolar.

None of this has swayed Meredith's desire to be a mother.