Is your marriage making you sick? 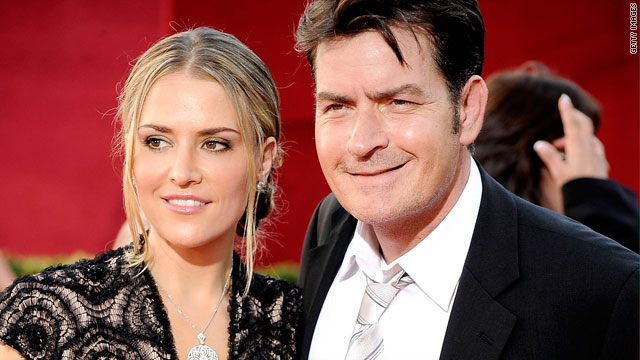 High-profile troubled marriages are nothing new. Actor Charlie Sheen was arrested in connection with an argument he had with his wife, Brooke Mueller, last Christmas Day.
STORY HIGHLIGHTS

(CNN) -- You eat right. You exercise. You get an annual physical. You probably think you're doing everything you can to stay healthy.

But here's one more thing you need to do: Learn how to argue well with your spouse.

A new study from Ohio State University shows just how physically harmful it can be to argue the wrong way. In the study, 37 married couples were brought into a hospital research lab, and a tiny vacuum device gave them eight 8-mm blisters on their forearms. Each couple was then videotaped while having conversations, and researchers graded them on their communication skills, noting who had distressing or hostile styles of communicating.

Why would physical wounds heal more quickly among the better communicators? The researchers at Ohio State who did the study think it might have something to do with oxytocin.

"Oxytocin is a protective hormone," says Janice Kiecolt-Glaser, the lead author of the study, who noted that the better communicators in her study -- the ones whose wounds healed the fastest -- had the highest levels of oxytocin in their blood.

The study was recently published in the journal Psychoneuroendocrinology.

There are certainly many examples of high-profile troubled marriages. For example, actor Charlie Sheen was arrested in connection with an argument he had with his wife last Christmas Day; a court hearing on the case was delayed Monday. But husbands and wives don't always make the connection that stressful marriages can actually harm your physical health.

"People get very surprised when they hear that marital stress is actually worse for your health than workplace stress," says Tara Parker-Pope, author of "For Better: The Science of a Good Marriage."

Overall, couples with more marital stress have worse immune function and higher blood pressure and heart rates, according to Debra Umberson, a professor of sociology at the University of Texas, who studies couples and stress.

"Marital stress is so pernicious because it's chronic, long-term, and you can't get away from it," she says "You're having these problems day in and day out year after year, decade after decade."

While both sexes suffer, some, but not all, studies show women suffer more physical effects from a bad marriage than men, Umberson adds.

Of course, having a happy marriage or relationship is easier said than done. Here are some tips for limiting marital stress to make you happier and physically healthier.

"We tend to focus on how often we fight -- as in, 'we've been fighting a lot lately' or 'we've haven't fought much lately,'" Parker-Pope says. "But that's actually pretty meaningless. What really matters is the quality of your arguments."

Let's say, for example, your house is messy. You have a choice: you could say something like "This house such a mess, and you never help me clean it up" or you could say "I want us to learn how to be neater." The latter, marriage experts say, is better not just for your marriage but for your and your partner's physical health.

"Any elements of criticism or demand make your words stressful," Umberson says.

Here's another example. Let's say your partner has just baked cookies and the kitchen looks like a hurricane hit it.

"You could walk into the kitchen and notice the mess but not the cookies," she says. "Or you could say, 'It smells great in here, and I can't wait to have one of those cookies, but wow, it's messy in here."

If you think style doesn't matter, think back to that Ohio State study, Parker-Pope adds.

"Think about those blisters, and how slow they were to heal after a nasty comment," she says. "This should make everyone stop and realize, 'I need to think about what I'm doing to my health and my partner's health and make sure I'm fighting well to stay well.'"

2. Your spouse is annoying -- accept it!

Umberson noticed something interesting in her studies of happy couples.

"It's always been striking to me that when people get along, they just accept something annoying about their partner. They don't try to alter it," she says.

Case in point: The wife in one of her happy couples had the habit of stacking up books in various places around the house, including doorways. Her husband wasn't thrilled with it, but he learned to live with it -- and more.

"He saw her as a creative, interesting, quirky person," she says. "He just saw it as a reflection of why he'd fallen in love with her in the first place."

Here are more tips on how to have a happy marriage from the National Healthy Marriage Resource Center.

If you're married to a yeller, don't yell right back, advises William Doherty, a marriage and family therapist and professor in the Family Social Science Department at the University of Minnesota.

"Be strong without shouting," he says. For example, if you're dealing with a chronic yeller, you could respond by saying in a calm voice: "This behavior that you're doing now I will not accept in this relationship, and if you continue it, I'm leaving."

Doherty says he's noticed that women who are unhappy in their marriages will often confide in their girlfriends, and the typical response tends to be, "What a jerk!"

While it's fine to seek support from your social circle, it's also important to go to a counselor, who will do more than commiserate, and actually help you find a solution to your problems, which might include identifying the role you've played in your marital difficulties.

The website for the American Association of Marriage and Family Therapy can help you find a therapist near you.

Even in stressed-out marriage, there are often moments of happiness. Tracy Todd, a licensed marriage and family therapist in Virginia, and spokesperson for the American Association for Marriage and Family Therapy, recommends analyzing them.

"Think of some recent times that were OK to positive. How did they occur? What did you do to help create the situation? What can you do to recreate a more positive environment?" he says. "Recall exceptions to the bitterness."