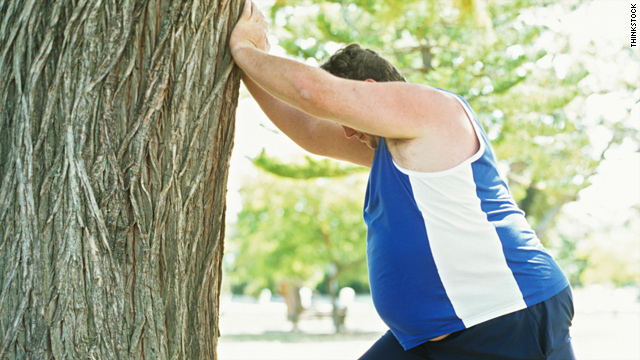 Weight-loss drugs are appropriate only as an addition to -- not a replacement for -- diet and exercise, doctors say.
STORY HIGHLIGHTS
RELATED TOPICS

(Health.com) -- Here's the good news: Three new weight-loss drugs are on the horizon that could help overweight and obese people shed pounds. A Food and Drug Administration panel is meeting on Thursday to discuss one of the drugs, Qnexa, and the panel is scheduled to consider two more drugs, lorcaserin and Contrave, in the coming months.

The potential problem? Prescription weight-loss remedies have a spotty history. Some have proved to have a relatively modest effect, while others have been downright dangerous.

It's unclear whether the new drugs are more effective than existing weight-loss drugs, but all three use novel mechanisms that are designed to avoid the serious side effects that have undone weight-loss pills in the past. Still, they carry potential risks -- especially since most people are likely to take them long term.

"Safety is paramount," says Donna Ryan, M.D., an associate executive director for clinical research at the Pennington Biomedical Research Center, in Baton Rouge, Louisiana. "These medications must be taken for years." (Ryan served as a consultant to the manufacturers of Qnexa and lorcaserin prior to January 2008.)

The new weight-loss drugs aren't intended for chubby people who want to look better in a bathing suit. They're only meant to be taken by obese people (those with a body-mass index of at least 30) and overweight people with related health problems, such as diabetes and high blood pressure.

Qnexa, which is taken once a day, uses a one-two punch to spur weight loss. It combines low doses of topiramate, a generic drug (also sold as Topamax) used to treat seizures and migraines, and phentermine, a mild stimulant approved by the FDA for short-term weight loss. Phentermine suppresses appetite soon after the pill is taken, and topiramate -- which kicks in later in the day -- creates a sense of feeling full.

The FDA advisory panel is likely to focus on the drug's potential side effects. Phentermine is one half of the notorious weight-loss drug Fen-Phen, which was pulled from the market in 1997 after reports of fatal heart-valve problems in some users. Qnexa contains lower doses of phentermine than Fen-Phen did, however, and an FDA review of Qnexa noted that the "fen" part of the drug, fenfluramine, is believed to have been responsible for the heart valve problems.

Qnexa was linked to a small risk of heart palpitations and increased heart rate in the clinical trials, according to the FDA review, as well as a small but increased risk of psychiatric and cognitive side effects, compared to placebo.

Safety concerns have dogged weight-loss medications in the past. Two drugs, Pondimin and Redux, were yanked from the market in 1997 for the same reason as Fen-Phen (both contained forms of fenfluramine), and in 2007, a drug called rimonabant that had yet to be approved in the U.S. was withdrawn from FDA consideration and pulled from shelves in Europe becuase of reports of psychiatric side effects.

Earlier this year, the FDA asked the manufacturer of Meridia to revise its label after concluding that the drug may increase the risk of heart attack and stroke in people with a history of heart disease. And in May, the agency issued a warning about rare but potentially fatal liver damage associated with two drugs, Alli and Xenical. (Alli is an over-the-counter version of Xenical.)

The new weight-loss drugs are trying to address the safety concerns that sunk previous drugs by taking a different approach.

Lorcaserin, the second drug scheduled for FDA review, works by stimulating serotonin receptors in the brain, just as Pondimin and Redux did. But unlike those drugs, it targets just one specific type of receptor, which appears to maintain the weight-loss benefit while avoiding heart-valve problems.

In a study published this week in the New England Journal of Medicine, nearly 50 percent of the people on lorcaserin lost at least 5 percent of their body weight after using it for a year, compared with about 20 percent of those on placebo. Over a two-year period, the drug did not result in an increase in the rate of heart-valve problems, the researchers report.

The third drug, Contrave, combines two drugs already approved by the FDA to fight addiction: naltrexone and bupropion. "Bupropion is used for smoking cessation and depression and stimulates chemicals in the brain that reduce food intake and cause weight loss," Ryan explains. "Naltrexone is used for addiction and presumably would reduce food craving and dependence on highly palatable foods."

Even if these new drugs prove to be safe, they won't be welcomed by all doctors. Patients and doctors should be focusing on healthy living, not weight-loss pills, says Goutham Rao, M.D., clinical director of the Weight Management and Wellness Center at the Children's Hospital of Pittsburgh, Pennsylvania.

"The prospects for new drugs leads to the false notion among patients, health-care professionals, and policy makers that a 'magic pill' that will solve the problem is just around the corner," says Rao. "I think this distracts our society from more realistic and rational alternatives, such as policies to better educate consumers about the caloric contents of foods [and] to limit the advertising of unhealthy foods to children."

Rao does occasionally prescribe drugs (including bupropion and topiramate) to give a "little boost" to patients who are working hard to lose weight with diet and exercise but are getting discouraged. But he will not keep a patient on any of these medications for more than six months, he says.

Most people who take prescription weight-loss drugs such as Qnexa can expect to be on them much longer than that. People who see weight-loss benefits from a medication will gain back the weight if they stop taking the drug, so he or she will probably be on the drug indefinitely, according to Marc Cornier, M.D., an assistant professor of endocrinology at the University of Colorado Denver.

Weight-loss drugs are appropriate only as an addition to -- not a replacement for -- diet and exercise, Ryan says. "If patients are motivated and have the tools to support lifestyle change, they are a good candidate," she said. "We generally advocate that patients try lifestyle change first, but most obese patients have had multiple attempts in lifestyle change."