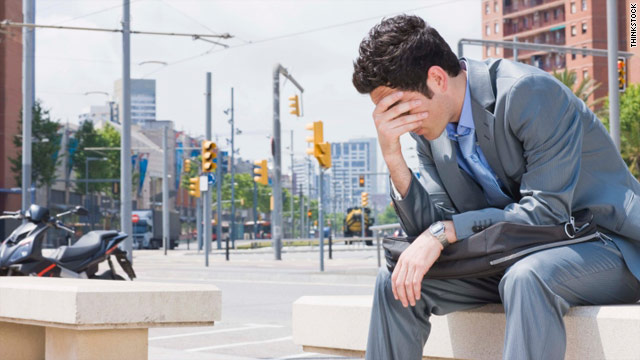 (Health.com) -- When most people think of suicide, they think of psychological problems such as depression and anxiety. But new research suggests that lung trouble may also play a role.

Two new studies conducted in Asia and published in the American Journal of Psychiatry report that asthma -- and even days of unusually bad air pollution -- appear to increase the risk of suicide.

As improbable as the link may sound, researchers suggest that respiratory problems may worsen a person's mental state.

In the air pollution study -- the first to examine a possible connection with suicide -- researchers in South Korea tracked air quality and suicides in seven cities during 2004.

More than 4,300 suicides were reported that year. Just under half of those who committed suicide had at least one chronic health condition, such as heart disease, diabetes, cancer, chronic obstructive pulmonary disease, or mental illness.

When particulate matter (a common form of air pollution) spiked, the risk of suicide increased by 9 percent over the next two days, the researchers found. Among people with heart disease, the increased risk was even greater, about 19 percent.

John Mann, M.D., a psychiatrist and professor of translational neuroscience at Columbia University, in New York City, says that while the study highlights an interesting statistical association, it does not prove a direct link between air pollution and suicides -- or explain what might cause such a link.

The study offers an "intriguing and puzzling finding that clearly needs to be explored in more detail," he says.

Although the authors of the study can't say for sure what explains the link, they do have a few guesses. Substances in particulate matter -- such as lead, mercury, or diesel exhaust -- may somehow impact neurological functioning, they suggest. Or, particulate matter may cause inflammation, which is associated with cognitive problems and depression.

Inflammation is a factor in a wide range of other health conditions, including heart disease, and according to the researchers a third explanation may be that poor air quality worsens the symptoms of chronic illness, leading to psychological distress.

In the second study, a separate team of researchers followed more than 160,000 Taiwanese teenagers with and without asthma for over a decade.

While suicide was a very rare occurrence overall, the asthmatic teenagers were more than twice as likely to kill themselves during that time, the study found. The likelihood of suicide was even higher among teens who experienced several asthmatic symptoms, such as night cough or severe wheezing.

In all, about 1 in 14 of the suicides may have been due to asthma, according to the study. The researchers suggest that a confluence of physical, psychological, and social challenges related to asthma may be to blame.

The finding wasn't a total surprise, as previous research in the United States has linked asthma to suicide, as well as to anxiety and depression.

The study "is very provocative and needs replication," says Wayne Katon, M.D., the chief of psychiatric services at the University of Washington Medical Center, in Seattle. "The implication is that doctors should be screening for depression, anxiety, and suicidality in their patients with asthma."

There may be a genetic connection between asthma and depression, Katon says, but many young people with asthma also face everyday difficulties that may contribute to psychological distress. For instance, they may have to avoid some social activities (such as athletics), they are disproportionately likely to live in poverty, and they have to take medications.

In fact, some asthma medications have been linked to suicide risk in the past. The Food and Drug Administration began a review of asthma drugs in 2008 after reports of mood changes and suicidal behavior in people taking the drug Singulair, but so far the agency hasn't found any firm evidence of such a connection.

The main weakness of the study, according to Katon, is that the researchers didn't track which individuals developed anxiety or depression during the study, which prevented them from fully assessing how mental health may have affected suicide independent of asthma.