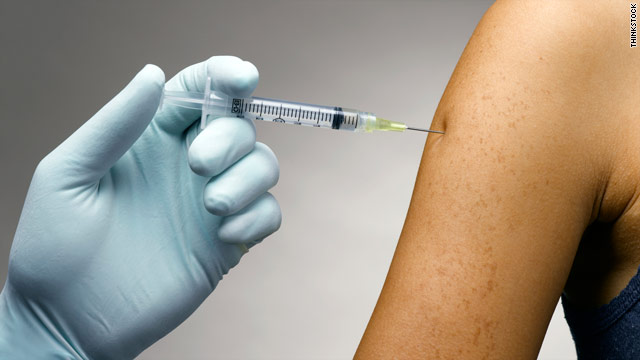 (CNN) -- A flu shot can do more than just fight against influenza, a new study suggests. It may also fight against heart attacks.

Adults who take the flu vaccine may be less likely to get their first heart attack the next year, researchers say.

The study, published Monday in the Canadian Medical Association Journal, was conducted to add to other studies that suggested that there is a link between respiratory infections and heart attacks.

British researchers, who conducted the study, compared the medical records of a little more than 16,000 first-time heart attack victims age 40 and older with the records of nearly 62,700 people who had not had heart attacks.

After factoring other major risks for heart attacks, such as smoking and family history of heart ailments, the research found that the flu shot was associated to a 19 percent reduction in the rate of first heart attack, the study found.

And the benefit was even more for those that received flu shots earlier in the flu season.

Those who got the shots early had a 21 percent reduction in the rate of heart attacks in the next year, the study found.