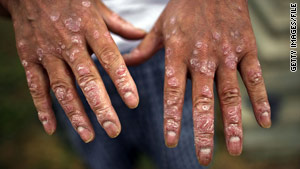 Up to 200,000 Vietnam veterans could be eligible for the disability compensation for diseases now associated with Agent Orange, including hairy cell leukemia, Parkinson's disease and ischemic heart disease, the department said in a news release.

Agent Orange was a chemical used to destroy the jungle canopy in the Vietnam War in an effort to expose the enemy.

The Veterans Affairs Department said it has provided disability compensation to veterans with medical problems related to Agent Orange since 1985. Monday's announcement expanded the number of eligible veterans to include those presumed to have contracted the three additional diseases due to exposure to Agent Orange, the department said.