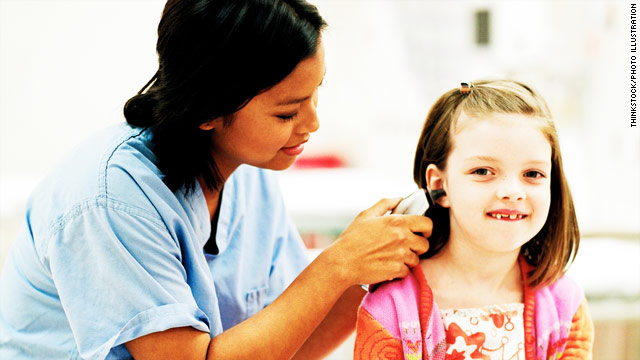 (CNN) -- Giving children antibiotics for ear infections does little to speed their recovery while raising the risk of some side effects, according to a study published Tuesday in the Journal of the American Medical Association.

The study found that 80 out of 100 otherwise healthy children would recover from an acute ear infection within a few days if given medication only to relieve pain or fevers. If all 100 were given antibiotics instead, 92 would be better in the same period, said Dr. Tumaini Coker, the study's lead author.

"But we would also expect three to 10 kids to develop rash and five to 10 to develop diarrhea," said Coker, a pediatrician at Mattel Children's Hospital at the University of California-Los Angeles.

Coker noted that the increased number of children in the study who benefited from treatment with antibiotics was similar to the number that could be expected to get side effects from the antibiotic treatment.

"Clinicians and parents need to know the benefits and side effects on how to manage their child's ear infection," Coker said.

The study was designed to review existing research on the topic for the American Academy of Pediatrics, which is in the process of revising its guidelines for treating uncomplicated acute otitis media -- ear infections that cause pain and fever. The pediatricians' group and the American Academy of Family Physicians have suggested since 2004 that "observation" -- avoiding antibiotics -- is an option for treating ear infections in otherwise healthy children between the ages of 2 and 12.

Of the three basic types of ear infections, acute otitis media may benefit from antibiotics because it is often caused by a bacteria. But it also can be caused by a virus, which won't respond to antibiotics.

Another type of ear infection, otitis media with effusion, causes a buildup of fluid in the middle ear. That is also caused by a viral infection, against which antibiotics are ineffective. But antibiotics usually work for the third type, otitis externa, or "swimmer's ear."

It is the academy's policy to review guidelines every three to five years, according to Dr. Allan Lieberthal, a pediatrician at Kaiser Permanente in the Los Angeles area and chairman of the academy's committee revising the guidelines.

Lieberthal said that while he is not in a position to say what the new guidelines will be, the results of this study, which summarizes a much larger report on existing data, will factor into the new recommendations.

"We're hoping to be finished with the new guidelines by this spring," Lieberthal said.

The study found that it doesn't matter which antibiotic is used to treat an ear infection when antibiotics are warranted. It found older types such as amoxicillin work as well as newer and more expensive antibiotics. Coker said for a child who weighs 44 pounds (20 kilograms), a seven-day course of cefdinir costs about $96, while the same course of amoxicillin costs $34. The cheaper drug was prescribed in 49 percent of cases, according to the research. Lieberthal said newer antibiotics generally produce more side effects because they are more complex drugs.

Using antibiotics only when absolutely necessary may allow continued use of antibiotics for future generations, because overuse of the drugs is contributing to antibiotic resistance, the doctors said.

This week, the Centers for Disease Control and Prevention launched a campaign called "Get Smart: Know When Antibiotics Work." Educating parents about ear infections is one of the targets of the campaign, said Lauri Hicks, the campaign's medical director. Hicks said antibiotic resistance "represents a community problem" because every time bacteria get exposed to antibiotics, "they put on a new coat of armor that reduces the effectiveness of antibiotics."

Hicks said she understands parents want their children to feel better, but they can always ask their doctor or pharmacist if there are alternatives to antibiotics.