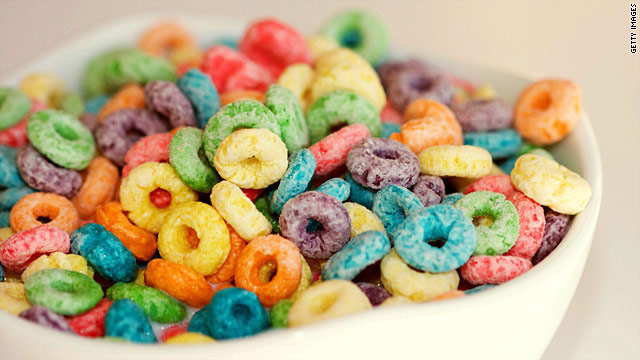 (Health.com) -- If your child has attention deficit hyperactivity disorder (ADHD), it's not because he or she played too many video games, logged multiple hours of TV viewing, or ate the wrong kinds of foods. In fact, researchers think the cause of ADHD is largely genetic. But it is tempting to look for dietary factors that could be making symptoms worse.

In particular, a possible link between ADHD and certain foods -- including food dyes and preservatives -- has been suspected since the 1970s. Still, despite decades of research, experts can't agree on whether eliminating dye-containing foods from a child's diet can ease ADHD symptoms like hyperactivity and impulsivity -- except in perhaps a few special cases.

"Scientific evidence is limited to support the association between food additives and ADHD symptoms," says Dr. Maida Galvez, M.D., director of the pediatric environmental health specialty unit at Mount Sinai School of Medicine, in New York City. "Although it is possible that a very small group of children who are allergic to artificial colorings or preservatives may show improvement in symptoms on restriction diets, evidence is insufficient to recommend routine, widespread use of restriction diets to treat a child's ADHD symptoms."

However, Bernard Weiss, Ph.D., professor of environmental medicine at the University of Rochester School of Medicine and Dentistry, in New York, says it's clear that food additives can sometimes affect child behavior, at least in the short term. He has conducted controlled trials on the topic and says: "From the standpoint at least of acute effects produced by food color consumption, you really can't deny the evidence any more."

Health.com: What if my child begins to exhibit symptoms of ADHD?

For example, a 2007 study published in The Lancet found that a mixture of four artificial food colors plus the preservative sodium benzoate aggravated hyperactivity in two groups of children without ADHD -- 3-year-olds and 8- to 9-year-olds.

But a second mix didn't have as great an effect on the 8- to 9-year-olds, even though it also contained sodium benzoate and two of the same colorings, albeit in lower amounts.

Part of the controversy lies in the fact that most food products contain more than one dye or preservative (some candy products have as many as 10 dyes). And most studies have looked at blends of additives, not single ingredients, making it difficult to sort out the culprits.

"There's no way to know at this point which is the problem dye. Is only one of them a problem? All of them a problem?" says Michael F. Jacobson, Ph.D., executive director of the Center for Science in the Public Interest (CSPI), which has petitioned the Food and Drug Administration (FDA) to ban all food dyes because of hyperactivity concerns.

The European Union has already acted to place warning labels on foods containing six artificial colors that "may have an adverse effect on activity and attention in children."

The bottom line for consumers is that the "jury is still out," says Catherine Ulbricht, co-founder of Natural Standard Research Collaboration, which collects data on complementary and alternative medicine, and chief editor of the Journal of Dietary Supplements. "There's inconclusive evidence that food additives actually cause ADHD, but some research suggests that they may be linked to exacerbated symptoms in people who already have ADHD."

Here's a list of food preservatives and colorings that could aggravate attention problems, although none of them (with the exception of Yellow No. 5) have been studied alone in humans.

What it is: A food coloring

What it is: A food coloring

What it is: A food coloring, though rarely used these days

Where you can find it: Candy, beverages, ice cream, puddings.

What it is: A food coloring, but no longer used

Where you can find it: Sausage casings.

What it is: A food coloring found in only a few types of food products

Where you can find it: Candy, cake icing, chewing gum.

What it is: A food coloring and the most widely used food dye in the U.S., trumping both Yellow No. 5 and Yellow No. 6

What it is: A food preservative

Where you can find it: Fruit juice, carbonated beverages, and pickles. You'll find it in abundance in acidic foods. It is used to stymie the growth of microorganisms, according to the Center for Science in the Public Interest (CSPI).

What it is: Yellow No. 5 is the only food dye that has been tested alone and not simply as part of a mix. Those studies did link it to hyperactivity. It is the second most commonly used dye in the U.S.

What it is: The third most widely used food dye in the U.S.