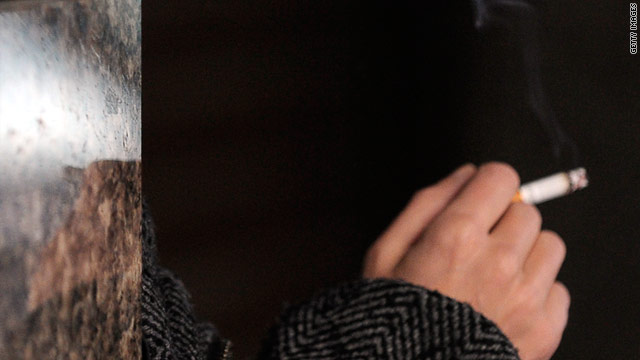 "There is no risk-free level of exposure to tobacco smoke," it said.

The report, "How Tobacco Smoke Causes Disease: The Biology and Behavioral Basis for Smoking-Attributable Disease" is Regina Benjamin's first as Surgeon General and describes tobacco smoke's assault on the body.

"The chemicals in tobacco smoke reach your lungs quickly every time you inhale causing damage immediately," Benjamin said in the report. "Inhaling even the smallest amount of tobacco smoke can also damage your DNA, which can lead to cancer."

Tobacco smoke is made up of more than 7,000 chemicals. Hundreds are toxic, and at least 70 are carcinogens.

According to the report, smoking is responsible for more than 85% of lung cancers -- but there are a host of other chronic diseases directly related to exposure to tobacco smoke.

It's also a major cause of heart disease, stroke, aortic aneurysm and peripheral arterial disease (PAD).

In fact, the report said even low levels of exposure, like occasional smoking; having just a few cigarettes a day and secondhand smoke are enough to increase the risk of a cardiovascular event.

Dr. Tim McAfee, director of the Office on Smoking and Health, at the Centers for Disease Control and Prevention, was one of 64 scientists who worked on the report. He said any exposure is harmful.

"Casual smokers think they are improving their health by cutting back but there is no safe level," he said. "It affects people's DNA immediately, and their heart and blood vessels literally seconds to minutes after being exposed."

McAfee said secondhand smoke is no less dangerous than smoking.

"It inflames and irritates the lining of blood vessels, making the blood more prone to clotting and the combination of inflammation, irritation and increased clotting can literally cause a heart attack even from the kind of exposure from walking into a smoky bar," he said.

According to the report, today's tobacco products are designed to be more attractive to smokers, and they are more addictive.

They deliver nicotine faster making them more subject to abuse than in the past.

Additives like ammonia are now in cigarettes. It converts the nicotine, making it easier to pass through the blood brain barrier.

Other additives like moisture enhancers and sugar reduce the harshness of the smoke and that enhances the taste. This allows smokers to tolerate the smoke and pull it more deeply into their lungs, McAfee said.

Efforts over the last 20 to 30 years to put out "filtered," "low-tar" and "light" products have not reduced the overall risk of disease, he said.

"None of these changes have been effective in making the products safer," McAfee said.

But there has been progress.

Up until a year ago, tobacco products were 100% unregulated, McAfee said.

But the Food and Drug Administration has recently been given more regulatory authority over tobacco products. And last month, it announced graphic warning labels would be added to cigarette packs.

With more than 440,000 deaths each year caused by smoking and exposure to secondhand smoke, the time to act is now, Benjamins said.

"This report makes it clear -- quitting at any time gives your body a chance to heal the damage caused by smoking," she said. "It's never too late to quit, but the sooner you do it, the better."