By Jeaniene Frost, Special to CNN 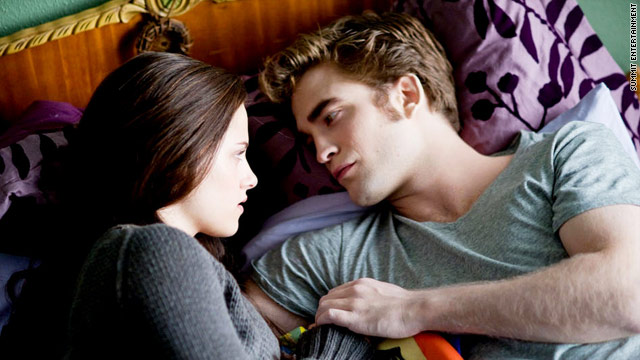 Editor's note: New York Times bestselling author Jeaniene Frost has been hooked on vampires since she was 5. Her latest novel of lust and heart-stopping danger is "Eternal Kiss of Darkness," a spinoff from her Night Huntress series.

Monsters have always been able to elicit thrills and chills, but for a lot of women lately, those shivers are more of delight than fright. Just turn on your TV, visit a movie theater or wander through a bookstore, and you'll see multiple examples of morally questionable men sporting fangs, fur or fairy wings, all about to sweep women right off their normally sensible feet.

Through fiction and mythology, the paranormal bad boy was usually defeated in the end, but now, you'll more often find him going home with the girl.

Just look at Charlaine Harris' vampire Eric Northman. He might be ruthless and manipulative, but he still has women around the world wishing he'd pick their necks to snack on (myself included, heh). Likewise, Kelley Armstrong's werewolf enforcer Clay is the epitome of antisocial, yet his encounters with Elena are sexier than a throaty growl in the bedroom.

What is it about these anti-heroes that make them so appealing? Is it their good looks --show me an ugly one, and I'll show you a true rarity -- or is something else?

Perhaps some of the appeal of the dangerous-but-yummy paranormal anti-hero lies in his scorn for societal expectations. Yes, women have come a long way, but there are still some cultural stigmas more associated with women than men.

Have a very promiscuous hero? Then, often the consensus is, "lucky heroine, he won't need to fumble around wondering what to do once the lights are low."

Have a very promiscuous heroine? Then, inevitably, you'll see the comment of "slut" come up. In some ways, a supernatural bad boy's disregard for propriety and his devil-may-care attitude may call to women's inner rebels.

Or is it the lure of the unusual? Many women today are juggling jobs, families, relationships, school or other responsibilities, not leaving much room for themselves. A fictional hero gifted with mystical abilities, lethal sexiness and a razor-sharp wit is the ultimate fantasy package.

The appeal of the paranormal bad boy -- or James Bond super-spy, as one example of male escapism -- can sometimes make everyday problems seem less dire. Thus, a few hours spent immersed in the world of the wicked yet alluring hero is the equivalent of a minivacation.

Perhaps it's the amazing strength of these preternatural protagonists that makes them hard to resist. Today's heroine is no longer stuck in the role of damsel in distress, but she doesn't need to worry about rescuing herself and the hero if he's no stranger to dire supernatural situations.

You won't catch a paranormal anti-hero being intimidated by a strong woman, either. In fact, more often than not, her strength is what attracted him in the first place. Sure, these hell-raising heroes can be rough on villains -- or anyone trying to force them to conform -- but you won't see them raise a hand to the heroine.

Plus, when the cocky hero has no doubt about how bad-ass he is, he's less hesitant to reveal his feelings to the heroine who catches his heart.

Of course, some of the "bad" boy's appeal could be derived from answering the question: What if he really isn't bad? The paranormal bad boy is usually a fiercely loyal partner for the heroine. Once his sights are set on her, he doesn't notice other women, and he's utterly unconcerned with what anyone else thinks of his choice.

The heroine also doesn't have to hide her flaws -- he'll accept her just the way she is. With divorce rates and infidelity being as prominent as they are in the real world, that combination of intensity and devotion, all wrapped up in a supernatural package, can be the literary equivalent of having your cake and eating it, too.

Ready or not, today's creature of the night has evolved from monster to leading man. So, put away the wooden stakes, iron and wolfsbane. Whether it's because of their wicked smiles, disregard for rules, dedication to the heroine or superhuman abilities, the paranormal bad boy hero is here to stay.