Oh no, you can't name your baby THAT! 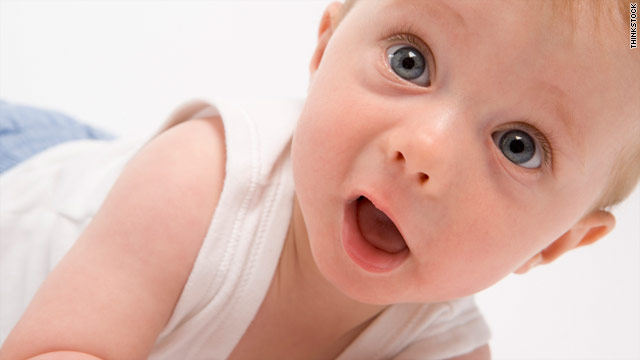 Laws limiting what you can name your baby can be strict in some countries.
STORY HIGHLIGHTS

(Mental Floss) -- Here in the U.S., you can name your kid almost anything, but that's not the case everywhere in the world. Let's take a look at some countries with pretty strict or otherwise fascinating baby-naming laws.

Enacted in 1982, the Naming law in Sweden was originally created to prevent non-noble families from giving their children noble names, but a few changes to the law have been made since then.

The part of the law referencing first names reads: "First names shall not be approved if they can cause offense or can be supposed to cause discomfort for the one using it, or names which for some obvious reason are not suitable as a first name."

Mental Floss: How favorite sneakers got their names

In Germany, you must be able to tell the gender of the child by the first name, and the name chosen must not be negatively affect the well being of the child. Also, you can not use last names or the names of objects or products as first names.

Video: Baby names: Can you or can't you?
RELATED TOPICS

Whether or not your chosen name will be accepted is up to the office of vital statistics, the Standesamt, in the area in which the child was born. If the office rejects your proposed baby name, you may appeal the decision. But if you lose, you'll have to think of a different name. Each time you submit a name you pay a fee, so it can get costly.

When evaluating names, the Standesamt refers to a book which translates to "the international manual of the first names," and they also consult foreign embassies for assistance with non-German names. Because of the hassle parents have to go through to name their children, many opt for traditional names such as Maximilian, Alexander, Marie and Sophie.

Rejected names: Matti was rejected for a boy because it didn't indicate gender.

Approved names: Legolas and Nemo were approved for baby boys.

New Zealand's Births, Deaths and Marriages Registration Act of 1995 doesn't allow people to name their children anything that "might cause offence to a reasonable person; or [...] is unreasonably long; or without adequate justification, [...] is, includes, or resembles, an official title or rank." Officials at the registrar of births have successfully talked parents out of some more embarrassing names.

Mental Floss: Why do your dog's feet smell like popcorn?

In Japan, one given name and one surname are chosen for babies, except for the imperial family, who only receive given names. Except for a few examples, it is obvious which are the given names and which are the surnames, regardless of in what order the names have been given. There are a couple thousand "name kanji" and "commonly used characters" for use in naming babies, and only these official kanji may be used in babies' given names. The purpose of this is to make sure that all names can be easily read and written by the Japanese. The Japanese also restrict names that might be deemed inappropriate.

Denmark's very strict Law on Personal Names is in place to protect children from having odd names that suit their parents' fancy. To do this, parents can choose from a list of 7,000 pre-approved names, some for girls, some for boys.

If you want to name your child something that isn't on the list, you have to get special permission from your local church, and the name is then reviewed by governmental officials. Creative spellings of more common names are often rejected.

The law states that girls and boys must have names that indicate their gender, you can't use a last name as a first name and unusual names may be rejected. Of the approximately 1,100 names that are reviewed each year, 15-20 percent of the names are rejected. There are also laws in place to protect rare Danish last names.

Most new babies in China are now basically required to be named based on the ability of computer scanners to read those names on national identification cards. The government recommends giving children names that are easily readable, and encourages Simplified characters over Traditional Chinese ones.

Parents can technically choose the given name, but numbers and non-Chinese symbols and characters are not allowed.

Rejected names: "@": Wang "At" was rejected as a baby name. The parents felt that the @ symbol had the right meaning for them. @ in Chinese is pronounced "ai-ta" which is very similar to a phrase that means "love him."