Tweets, cartoon and avatar got them jobs 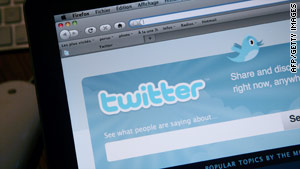 (Mental Floss) -- Here are a handful of people who used the web in creative ways to land a new job.

Alec Brownstein had a humdrum job as an average copywriter at a large international average agency -- a cog in the giant wheel who dreamed of working at a more creative agency. While Googling some of his favorite creative directors, he came up with a brilliant self-marketing campaign.

After noticing there were no sponsored links attached to their names, he purchased ads from Google AdWords. Then he designed a personalized ad for each executive with a link back to Brownstein's own site.

Whenever anyone Googled one of the five names, his ad would pop up as the top result. He was counting on them doing what we all do from time to time: Googling ourselves. And guess what? That's exactly what happened.

Within a couple of months, Brownstein was interviewed by all but one. Two of the four offered him a job. The total cost of the entire campaign at 15 cents a click --a mere $6 to make a dream come true.

Jon Barker loved Gmail, but was frustrated he could only view his mail online. So, he wrote a little program called Pop goes the Gmail that enabled him to download his email to his desktop. It worked really well and fit Jon's needs perfectly.

There was only one problem -- Barker had hacked into the then-new Gmail, a highly guarded pet-project that Google had opened to only a select few users, and had gone against Gmail's terms of service.

When the first email arrived from a Google VP, Barker expected to be slapped with a lawsuit. Instead, Google offered him a job.

Mental Floss: People who tweeted themselves out of a job

In a world where drab, formulaic, cookie-cutter resumes are de rigueur, Eugene Hsu wanted to stand out in a big way. So the MIT Ph.D candidate put his drawing and coding skills to use creating an online resume using mainly Microsoft Paint.

The result? A fun, whimsical, almost silly version of a traditional CV. Hsu worked in animation research and used his technological and artistic skills to basically lobby the future for a job. Despite some critics who felt it was absurd and inappropriate, it worked for Hsu and he's now gainfully employed.

Disenchanted with his position as a system administrator for the University for Foreigners in Perugia, Italy, Simone Brunozzi looked for an escape in the virtual world of Second Life. He had planned to visit the virtual job fair in Luxembourg in order to write a post for his Second Life blog.

As good fortuna would have it, Amazon.com was one of the prospective employers. Bruzonni had dreamed of working for a company like Amazon since he had studied abroad in California. Through his avatar, he visited the Amazon representative. An unassuming visit to a virtual world landed him a dream job as a Web Services Evangelist. Bruzonni credits his computer expertise and professional avatar with sealing the deal.

Like many others, Renee Libby found herself without a job when the economy tanked. Her first line of defense? She jumped on her computer and began tweeting.

Using Twitter, she began to follow other PR executives in the Baltimore area where she lived. She also committed herself to tweeting every hour or so about news specific to the PR industry in Baltimore.

The more execs she followed, the more she was followed back. It wasn't long before the director of public relations for a Baltimore-based company contacted Libby and suggested she start freelancing for the company, which soon turned into a full-time position.

She has since moved on to another position -- and she found that job through Twitter as well.

Mental Floss: People who switched careers after 50 (and thrived!)