How to overcome being overqualified 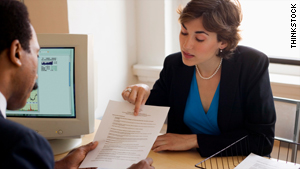 There are ways to phrase your experience without making it sound like you want a big title or big salary.
STORY HIGHLIGHTS

(CareerBuilder.com) -- Scouting through job listings, you spot a position in your field. The prospective employer is looking for somebody with a bachelor's degree and four years of relevant experience.

Having a master's degree and seven years under your belt, you hurry to apply, figuring that your higher credentials will at least score an interview.

But your phone never rings.

Instead of working to your advantage, being overqualified for a job can be a red flag that keeps employers from wanting to know you better. While it may be difficult to overcome their objectives, knowing the basis for their concerns can help make your job search more fruitful (and perhaps make rejection more palatable).

When Charlotte Tomic moved to Florida about three years ago, she applied for various junior public-relations positions because of the lack of openings for senior professionals in her field. Due to the experience shown on her résumé, she found employers weren't interested.

"There's never even been a discussion except for one job where I was actually offered the position," Tomic says. "They said they knew I was overqualified, but they needed help. I was willing to take the job, but it made no sense because of the salary. It wasn't paying enough to leave my freelance solo practice."

Money is a key reason people work. Even if you are willing to settle for a lower salary because of the tough economy, employers worry that you will jump ship as soon as you find another position offering compensation more in line with what you are used to earning.

Other strikes against the overqualified

According to Duncan Mathison, co-author of "Unlock the Hidden Job Market: Six Steps to a Successful Search When Times Are Tough," hiring managers ask themselves three questions:

1. Does the person have the ability and skills to do the job?

2. Is the applicant motivated to do the job in that it meets her needs, interests and values?

3. How will this candidate fit into the group, the organizational structure and culture?

While you clearly may have the skills, a lower job means that the number of competitors who are also qualified is greater than if you were applying for a higher position. The sheer number in the applicant pool can work against you.

Likewise, Mathison says, "Questions two and three could work against you because the hiring manager will assume on the long term the lower-level job will not meet your needs or you won't fit into the structure. The manager might also feel threatened if you are qualified to do his job."

Easing fears -- and getting hired

Ford Kanzler of El Granada, California, has been told that he was overqualified many times during his 30-plus years in technology public-relations management. In one instance, though, he was able to turn that potential negative to his advantage.

"I told the hiring manager, 'I agree. I'm more than qualified for the job, but that means I'll be able to come in, hit the ground running, create desired results in a short time and require virtually zero management. I can operate as your wing man, and together we can really get the job done fast and well.'" Kanzler landed the job and worked for the company for several years.

Mathison agrees that sometimes it pays to get the issue on the table and ask the prospective employers if they see any pluses to your candidacy based on your higher qualifications.

"Tell them that you too had concerns that the job might not be a fit but applied because factors beyond the title were important to you. Promise that if at any point you feel the job appears too low or not one where you will bring the full engagement needed to excel in the position, you will withdraw your candidacy. Your willingness to walk away tells them you are motivated if you stay in the game."

Finally, remember that a good application for any position should be created to match the employer's needs as closely as possible. While experts generally don't recommend lying or "dumbing down" a résumé, simple (yet truthful) changes can make you a more desirable candidate.

A few edits to consider:

• Changing terminology, if appropriate (for example, "manager" can become "project team leader" to match the language of the job description).

• Shortening years of service by dropping early jobs if the years sound too long.

• Toning down executive-sounding titles, especially if inflated (for example, calling yourself by a managerial title rather than showcasing that you were vice president in a company with only five employees).

• Dropping a degree in favor of an "Additional Professional Training" statement describing topics on which you have advanced knowledge.

Hopefully, the result will be the greatest change of all -- a foot in the door.