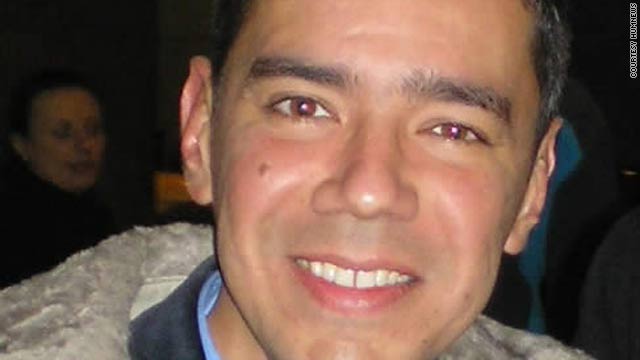 Colombian engineer Oscar Morales Guevara was just 33 when he used social networking to organize a march of more than a million compatriots against the Revolutionary Armed Forces of Colombia (FARC). Realizing the importance of decisive action, Morales and his associates used Facebook to coordinate simultaneous marches across the world that attracted more than 10 million people. Now Morales is setting up Latytud, a youth movement that will span Latin America and unite young people against violence and corruption. And he is a delegate counselor at the One Young World conference in London.

LONDON, England (CNN) -- We witness today, at the beginning of the second decade of the 21st century, one of the most astonishing phenomena of the digital era: the consolidation of the social network, and even more, the empowerment of the worldwide youth thanks to these tools.

All of us certainly have a profile on Facebook or Twitter, and for sure we have seen dozens of videos on YouTube. Some of you only see on these tools the possibility to be connected with your relatives and your closest friends, exchange pictures and publish information about your activities.

But this is only the surface, the tip of the iceberg. What many people ignore is what is emerging underneath. These social media networks, whether we like it or not, are reshaping the way people communicate.

They have united the people from all over the world in one global village, in a gigantic conversation, where day after day opinions are exchanged around initiatives to face the diversity of problems that affect the way we live.

And while you sleep, this global conversation is taking place to open the space for action, to real proposals that are affecting true positive change. It's sad to say, but the world that the new generations of youngsters are inheriting is in pretty bad condition.

The world not only faces an excessive emission of carbon monoxide and the global warming that might jeopardize the survival of the planet, but every day we witness wars among nations, religious conflicts, political conflicts, extremism, fundamentalism, loss of values, and a global economical crisis, that, along with the very well known issues of poverty, health, education and employment in the third world countries, leaves little room for optimism.

It seemed like all of these challenges are too big for the "elders," those who currently rule the world. However, this new century has come along with a new generation of young leaders who no longer want to wait for one, two, or three decades in order to engage in the solution of these problems.

The selfish philosophy of competitiveness is being replaced by another of entrepreneurship and alliances...
--Oscar Morales Guevara

They represent a new race of social mutants, digital X-Men if you will, who, empowered by new technologies, are addressing with urgency the required debate, and are delivering proposals of actions for the great afflictions of our planet.

The youngster of today no longer wants to inherit all of these conflicts, hence they have learned to work as a team, collaboratively. The selfish philosophy of competitiveness is being replaced by another of entrepreneurship and alliances, achieving a better understanding of our different cultures and customs.

And that's why initiatives like One Young World are the right step to promote the participation and engagement of the youngsters of the world into the solutions so urgently demanded.

The youth of today perfectly understands that time is against us. They are aware that passivity, inaction, and apathy only leads to accelerate the deterioration of our society. This new youth is the one called to lead the world in the years to come, and One Young World is the platform that promotes a global debate where all of these youth representatives will prepare themselves, will achieve agreements, and will take control of the world in their hands.

On February 8, we held the OYW opening ceremony at Old Billingsgate in London, with the participation of nearly 1,000 young leaders coming from 106 nations, accompanied by a select group of counselors, among whom were the Nobel Peace Prize former winners Desmond Tutu and Mohammad Yunus, entrepreneur Bob Geldof, former president of Peru Alejandro Toledo, along with other important personalities.

Carrying the flags of their countries, delegates were welcomed by an angelical choir of children, by the OYW founders David Jones and Kate Robertson, and by the Mayor of London Boris Johnson.

These youngsters faced two intense days, where the differences will give room to agreements, ideas will become proposals, and the passion and the energy will be transformed into real actions, which, I can guarantee you, will generate real positive change in the world-that better world that we all wish for.