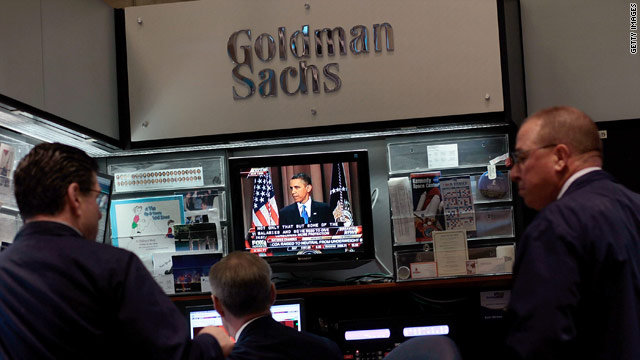 Editor's note: Julian E. Zelizer is a professor of history and public affairs at Princeton University's Woodrow Wilson School. His new book is "Arsenal of Democracy: The Politics of National Security: From World War II to the War on Terrorism," published by Basic Books. Zelizer writes widely about current events.

Princeton, New Jersey (CNN) -- On Sunday, Sens. Chris Dodd and Richard Shelby said that they were close to a bipartisan compromise on financial regulation, which could be reached as early as this week.

Yet many Republicans are attacking the regulations by painting them as yet another example of big government taking over private markets. Even if the bill will likely pass, GOP leaders are planning to use this floor debate to raise philosophical concerns about the role of government in economic life.

As with health care, these Republicans said, the legislation would allow the federal government to control financial decisions in the private sector on Wall Street and squelch private initiative. In The Washington Post, former House Speaker Newt Gingrich has called the Obama-Reid-Pelosi team a "secular-socialist machine."

In response, President Obama traveled to New York to deliver a very different kind of message. Rather than castigating the bankers or threatening a government takeover, he called on Wall Street to "join" the administration in this reform, claiming that the new rules were in the "best interest of our financial sector."

During the 19th century, as University of Virginia historian Brian Balogh showed in his recent book, "A Government Out of Sight," federal and state policy helped create the foundation for the American economic system. Rather than a laissez-faire period, it was a time when the federal government protected property rights, funded public infrastructure projects -- as roads and canals -- and protected international and domestic trade routes.

In the early 20th century, federal policy remained integral to the vitality of the corporate economy. At a time when radical political movements challenged America's political and economic status quo, progressive-era legislation attempted to curb the worst behavior of the new economic titans so that the nation would not move leftward. As President Theodore Roosevelt explained, he wanted to distinguish "good" trusts from "bad" trusts so that Americans would have faith in the former and not embrace socialism or anarchism.

During the heyday of economic regulation, the New Deal, the story was very much the same. The sweeping financial reforms that were put into place by Democrats were a far cry from the type of socialist ideas sweeping through parts of Europe, though many of President Franklin D. Roosevelt's opponents charged him with being on the far left. But in fact FDR wanted to save capitalism by restoring confidence in market institutions.

The government ensured the savings of Americans in their banks through the Federal Deposit Insurance Corp. and imposed numerous regulations on Wall Street so that financiers could not engage in the kinds of destructive practices that led to the market crash in 1929.

The federal government separated investment and commercial banks, created financial disclosure rules, supervised the issue of new securities and more. FDR's message was as much about trusting markets as government. As he told voters in one fireside chat, "it is safer to keep your money in a reopened bank than under the mattress."

As with sports, competition must take place within a certain set of rules, the president understood. When institutions won't impose those rules themselves, the government must help do so.

In 2008, the federal government was once again called upon to save our capitalist system. This time, relief came from a Republican, President George W. Bush, who responded to the terrifying market crash by infusing the system with capital through the Troubled Asset Relief Program to avoid a total meltdown.

When he signed TARP into law, Bush argued, "The legislation is a critical step toward stabilizing our financial markets and ensuring an uninterrupted flow of credit to households and businesses."

Now, Obama is finishing the job that Bush began. The president is pushing for permanent regulations to curb the speculative and fraudulent behavior that robbed America of huge sums of their savings, made wealth vanish and crippled many of our important civic institutions.

The president is calling for Congress to pass legislation that constrains the kinds of risks that banks are allowed to undertake, creates new consumer protection rules and requires more transparency. By restoring the faith of Main Street in Wall Street, the government can make our markets strong once again.

The legislative debate over the proposed financial regulations must address whether the bill contains the best possible set of reforms to improve the stability of Wall Street. The bill is far from perfect.

In a letter to Sens. Harry Reid and Mitch McConnell, a group of policy experts -- ranging from the liberal economist Dean Baker to Lynn Turner, former chief accountant of the Securities Exchange Commission -- have pointed out fixes that must be made, such as requiring balance sheet reporting on all liabilities.

But on the fundamental question, as to whether the government has a right to intervene in these issues and whether these reforms somehow break with the traditions of American history, that is a much easier question to resolve. While there has been tension between markets and government, it is equally important to remember that a close partnership has always existed in this country. The ties between government and markets are as American as apple pie. In other words, government can help markets prosper.