By Charalampos Theopemptou, for CNN 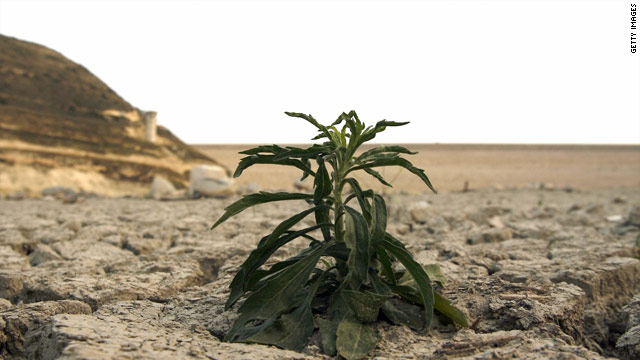 The bed of the Kouris dam in Cyprus was dry in 2008, highlighting water issues on the island.
STORY HIGHLIGHTS
RELATED TOPICS

Editor's note: Charalampos Theopemptou is Cyprus' Environment Commissioner. Here he expresses his opinion on the effects of climate change on the Mediterranean

CNN -- Many people in Cyprus feel that we are already seeing a lot of changes in our climate.

Higher temperatures and more notably decreased rainfall have caused many changes in the economy and government policies.

A 2008 report by the European Environment Agency (EEA) aimed at decision-makers makes specific mentions on the effects on nature and the economy due to climate change in the Mediterranean region.

With regards to tourism the report warns that as temperatures and summer weather in general are set to increase in northern Europe less people will be willing to travel abroad. An area of high temperatures and water shortage will not be an attractive place to come for holidays mid-summer.

This is a significant warning for Cyprus where 50 percent of the income comes from tourism.

An increase in the number of hot weather days combined with decreased rainfall will increase the risk of forest fires and push the area faster towards desertification.

An additional warning of the EEA, which is also of major concern to the World Health Organization, is the effect of climate change on health. Deaths are associated with hot weather and air quality has already worsened with dust particles reaching Cyprus from the Sahara much more often than in the past.

What is important for Mediterranean countries is to prepare for these changes.

We need to use water more efficiently, utilize better the water from the sewage treatment plants and find ways to introduce rain water harvesting to the population.

The EU directives on renewable energy and efficiency together with the upcoming directive on water use in buildings will only provide help for the member states within the Mediterranean region.

Non-EU countries in the region will not have to adapt themselves and this is not an easy task as it needs technical know-how, funds and long term planning.

The droughts in the past, the frequent dust storms, the diminishing snow on the mountain tops and this year's excessively hot day (that reached a record high temperature of 46°C or 114.8°F) has left Cypriots with no doubt that our climate is changing and the world needs to urgently agree on large CO2 reductions.