Who wants to be a manager?

By Julian Birkinshaw, Special to CNN 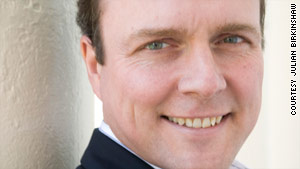 Editor's Note: Julian Birkinshaw is a professor of strategic and international management at London Business School and a senior fellow at the Advanced Institute of Management Research. He is the author of a new book, "Reinventing Management: Smarter Choices for Getting Work Done."

(CNN) -- When you ask children what they want to be when they are older, how many of them say they want to be a manager? I've certainly never met one who had such aspirations. In part this is because management is a pretty amorphous concept to a 10-year-old. But it's also because we adults aren't exactly singing the praises of the management profession either.

It isn't a coincidence that dark comedies like "The Office" have so successfully parodied the antiheros of the management world. Consider a recent study in the UK, where 40 executives who were working part-time for an MBA were asked to describe their job. While they were happy to talk about themselves as leaders, change agents, entrepreneurs and coaches, not one used the word manager to characterize what they did. The "M-word" has, apparently, become so pejorative that people would prefer to redefine what they do rather than admit to being a member of the management profession.

Part of the problem is simply rhetorical -- the highly influential "leadership" movement has led us to put all the exciting and progressive parts of our job under the banner of leadership, while management gets redefined as all the left-over, mundane work that leaders don't really have time for. But effective executives need to be both managers and leaders -- they need to "swoop and soar" in the words of Standard Chartered CEO, Peter Sands -- so it's important to try to recapture the legitimacy of management.

But there are also more substantial reasons for the decline of management. We have had more than our share of corporate failures in recent years (BP, Lehman, Toyota, SocGen, Enron, Tyco), all of which were to some degree a failure of management. For example, Lehman Brothers made poor risk management decisions and its incentive systems were rewarding the wrong behaviors, while Enron created a cut-throat culture that encouraged employees to bend and even break the rules.

Effective executives need to be both managers and leaders, so it's important to try to recapture the legitimacy of management.
--Julian Birkinshaw
RELATED TOPICS

A much more insidious problem is the low levels of employee "engagement" in large companies. According to the consulting firm Towers Perrin, no more than 20 or 30 percent of employees report themselves as genuinely motivated by and interested in their work -- a problem that, again, is primarily the responsibility of their managers to sort out.

Little wonder, then, that business executives end up at the bottom of surveys comparing the honesty and ethical integrity of different professions, or that Dilbert books --where the boss is the butt of all the jokes -- are bestsellers.

For many people, the disconnect between their hopes and aspirations in the workplace on the one hand, and the restrictive and pedantic approach to management they experience on a day-to-day on the other, is enormous.

I have spent the last decade working with organizations that are trying to make a major change in how they perform. And I've found that those who aggressively question why they manage the way they do often discover innovative areas to improve.

For example, consider HCL Technologies is an Indian IT services company with $2 billion in annual revenue. Its CEO, Vineet Nayar, has spent the last five years rethinking its entire approach to management. Nayar pursued the idea of "employees first, customers second" because he realized employees would provide the best customer service to clients if they had the confidence -- and opportunities -- to excel in a responsive workplace. In addition to publicly publishing appraisals of all its managers, HCL reorganized its chain of command to create many decision-making groups, aimed to "destroy the office of the CEO."

The results of these initiatives? Compared to its peers, HCLT is growing faster and has lower levels of employee turnover, and it won the 2009 Financial Times Boldness in Business readers' award. While HCLT is certainly a work-in-progress, its conscious efforts to reinvent management are already paying big dividends.

In short, there is real value to be gained by taking a more innovative approach to management. Firms like HCLT that have pushed major changes in their management systems have often reaped the rewards of more committed and energized employees. And you don't have to wait for your CEO to take the lead here -- I have seen many mid-level managers make dramatic changes in their own department or unit, simply by creating a culture where the employees can do their best work.

The opinions expressed in this commentary are solely those of Julian Birkinshaw.