Is Bradley Manning a hero? 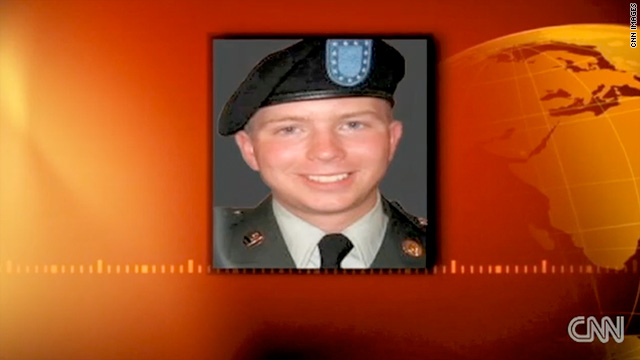 (CNN) -- As the fallout from WikiLeaks continues, the debate over whether or not the alleged leaker is a treasonous villain or a First Amendment hero is being debated in Berkeley, California.

There, the City Council was set to vote on a resolution that hails Pfc. Bradley Manning a hero, calls for his immediate release and for charges against him to be dropped. That vote was postponed on Thursday, pending more information on Manning's involvement.

Here, the author of the resolution, Bob Meola, tells CNN why he thinks Manning is a hero, while City Council member Gordon Wozniak explains why he is against the measure.

Bob Meola is a commissioner and immediate past chair of the city of Berkeley's Peace and Justice Commission. He is a national committee member of the War Resisters League, member of Courage to Resist Organizing Collective, an organization that supports GI war resisters, and a member of the steering committee of the Bradley Manning Support Network, which raises money for Manning's defense.

On Tuesday, the City Council of Berkeley, California will vote on whether or not to pass a resolution recommended to it by the Berkeley Peace and Justice Commission, which asks it to support Pfc. Bradley Manning and proclaim him a hero -- if he is indeed the whistle-blower who leaked the "Collateral Murder" video and numerous classified documents to WikiLeaks.

Manning is charged with illegally leaking classified information and faces 52 years in prison if he is convicted of the charges against him.

I wrote the resolution that is before the City Council. I believe that if Manning is the whistle-blower, he is an American hero and should be released. Berkeley should set a courageous example for the rest of the country by acknowledging the good that has been done by whoever blew the whistle.

Manning is alleged to have written in e-mail exchanges made before he was arrested that the results of his actions would be "hopefully worldwide discussion, debates, and reforms." In another exchange, he allegedly wrote: "I want people to see the truth regardless of who they are because without information, you cannot make informed decisions as a public."

Manning's case cannot be discussed without also discussing WikiLeaks. Whoever released the video known as "Collateral Murder," which documents an incident in a suburb of Baghdad on July 12, 2007, should be thanked by the people of the world.

That video shows the killings of 12 unarmed civilians, including two Reuters journalists by a U.S. Army Apache Helicopter crew. Two children were severely injured in the attack.

The Afghan War Diary tells us of corruption and cover-ups in Afghanistan, the killing of innocent Afghanis. The Iraq War Logs document numerous war crimes and suppression of evidence of torture, and the recently released diplomatic cables shed an embarrassing light on the conduct of diplomats around the world.

WikiLeaks has been accused of endangering the lives of Afghan informers by not redacting their names. Beginning with the release of the Iraq War Logs, WikiLeaks did redact names. But the accusers of WikiLeaks persist in the game of "what if." What if it endangered lives?

The mistake of nonredacted names must be weighed against the reality of the lives already destroyed by the wars in Afghanistan and in Iraq and the lives that would be lost if this information was not leaked in an effort to end some illegal acts of war. What if these revelations, in the name of compliance with law and morality, were not revealed? How many more innocent lives would then be sacrificed?

Democracy must be transparent or it is not democracy. It is the duty of citizens to participate in democracy and shine light on truth. Thomas Jefferson said that given a choice between having government and having newspapers, he would choose newspapers. Blowing the whistle on war crimes is not a crime. It is the war criminals who should be prosecuted.

Daniel Ellsberg has been saying that Manning is a hero of his and that when he released the Pentagon Papers, everything that is now being said about Manning, including that he is a traitor, was also said about Ellsberg at the time.

Manning, or whoever leaked the information he is accused of leaking, deserves our thanks. It took 30 years for the heroes, who interrupted the My Lai massacre to be honored with the awarding of the Soldiers Medal, the U.S. Army's highest award for bravery not involving direct contact with the enemy.

At the award ceremony, Army Maj. Gen. Michael Ackerman said, "It was the ability to do the right thing even at the risk of their personal safety that guided these soldiers to do what they did," and that the three "set the standard for all soldiers to follow.

The city of Berkeley has a long tradition of standing up for peace and for justice. It has opposed the wars in Iraq and in Afghanistan, it has opposed torture, and it is one of the cities that called for the impeachment of George W. Bush.

Manning and the case against him now represent the culmination of all the horror and repression that we have experienced in the last decade. The Berkeley City Council now has the opportunity to weigh in on the side of all that is right on the road to repairing the damage done to the world by the policies and the cover-ups of the last decade.

For the greater good, Berkeley should ask the secretary of the Army, the Honorable John M. McHugh, and chief of staff of the Army, Gen. George W. Casey Jr., to release Manning from pretrial confinement and drop the charges against him.

If Manning is the whistle-blower, justice necessitated his actions.

It's irresponsible, premature to declare Manning a hero

Gordon Wozniak was elected to the Berkeley City Council in 2002. A retired nuclear chemist, he was a research scientist at Lawrence Berkeley National Laboratory for more than 30 years. He was a commissioner on the city's Planning Commission, Parks and Recreation Commission, and the Environmental Commission, and currently serves on the Alameda County Waste Management Authority.

Yes, I am a City Council member in Berkeley, a place known for bucking the establishment and for opposing the wars in Iraq and Afghanistan. I also oppose these wars, but unlike some of my colleagues in city government, I do not believe that Pfc. Bradley Manning should be declared a hero or freed from prison before all the evidence against him is presented in court.

Manning is accused of disclosing classified information to WikiLeaks, including diplomatic cables and military logs of incidents in Afghanistan and Iraq. A military grand jury is investigating charges that he mishandled classified information in a way likely to cause injury to the United States. He is being held in military confinement pending trial.

Berkeley's Peace and Justice Commission has publicly proclaimed Manning a hero for releasing classified information about the wars it opposes. It's odd enough to lionize someone accused of breaking the law and potentially putting individuals and our government in harm's way. But the commission's declaration is even odder in this case, because Manning has pleaded not guilty and denied the charges against him.

What Berkeley's commission members seem to have forgotten is that before their hero can be judged innocent or guilty, he deserves a fair trial with all the due process rights guaranteed by our Constitution.

When Manning joined the Army, he swore to uphold the Constitution. He signed papers promising to keep secret all classified documents to which he had access. He was aware of the laws governing the unauthorized release of secret documents. If he stole classified documents and released them to WikiLeaks, he broke both his word and the law.

If he did not like the war, the Army or the conduct of his country, there are ways to make his dissent known without breaking the law and damaging our country.

To achieve peaceful solutions to international conflicts involves diplomacy, which requires confidential communications. Stealing and publishing secret diplomatic dispatches obviously harms this effort. Furthermore, publishing a secret list of vital infrastructure, from pipelines to smallpox-vaccine suppliers -- without regard for the potential consequences -- is deeply disturbing.

The city of Berkeley has many important problems, including high taxes and unemployment, severe rates of property crime, a decaying physical infrastructure and location next to a major earthquake fault. In addition, it needs to improve the business climate to create more jobs and revenue for vital public services.

Berkeley businesses were harmed by a boycott after the Marine Corps recruiting station was deemed "unwelcome." Now the Manning resolution has led people to call for a boycott again. In this difficult economic climate, the city's business community can ill afford such bad publicity and associated financial losses.

It was irresponsible and premature for the Peace and Justice Commission to recommend the release of Manning before hearing the evidence presented in his trial and the council should deny this resolution. The council should not encourage military personnel to leak classified material by declaring Manning a hero.

Many young men and women are serving overseas in two very difficult wars with no defined front and an enemy who does not wear uniforms. Let us work together to resolve these conflicts honorably and welcome the troops home.