Poll: 3 of 4 think our most trusted presidents have lied 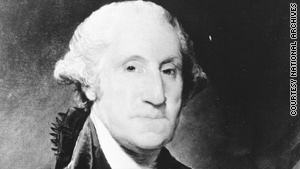 But as the United States marks its first president's birthday, a new poll indicates that 74 percent of the public thinks the father of our country did lie to the public while he served as president. It's an indication that Americans think the government has been broken for a very, very long time.

The CNN/Opinion Corporation survey was released Monday on the 278th anniversary of Washington's birth.

Three quarters of people questioned in the survey think that modern-day federal officials are not honest, a figure that is essentially unchanged since 1994. But the poll suggests that Americans think the problem of dishonesty is not a new one.

And it's not just George Washington; 71 percent think that Abraham Lincoln, known as "Honest Abe," also lied to the public while serving in the White House.

"It's all part of a rich tradition in American history -- the belief that politicians are not always telling the truth," says CNN Polling Director Keating Holland.

What should we make of the figures for Washington and Lincoln?

"Part of it may be the recognition that, however much we revere them today, both men were politicians, and Americans are always a little cynical about people seeking office. Part of it may also be a realistic assessment that the president sometimes has to keep things from the public," adds Holland. "But whether it's based on cynicism or realism, or a little of both, it's an indication that Americans think that our government has been broken for many, many years."