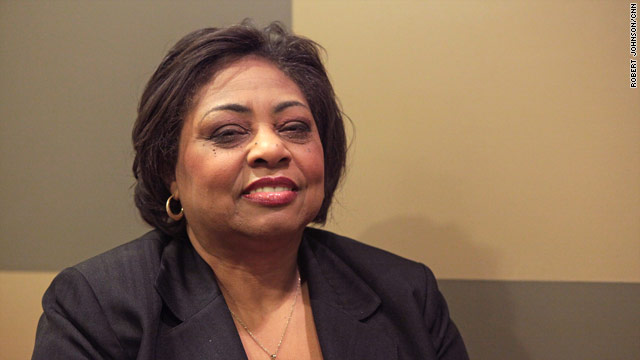 After her father was shot to death by a white man, "I decided to stay in the South and work for change," Shirley Sherrod said.
STORY HIGHLIGHTS

On the night in 1965 when her father, Hosie Miller, a black man and a deacon at Thankful Baptist Church, was shot to death by a white farmer in what ostensibly was a dispute over a few cows, Sherrod -- then 17 years old -- changed her mind.

"I decided to stay in the South and work for change," said Sherrod, now 62, who believes her father's killing was more about a Southern black man speaking up to a white man than about who owned which animals. The all-white grand jury didn't bring charges against the shooter.

That summer, when she and several other blacks went to the county courthouse to register to vote, the county sheriff blocked the door and even pushed her husband-to-be, Lester Sherrod, down the stairs, she said. Activists used that incident to get a restraining order against the sheriff so blacks could register to vote, she said.

Sherrod worked for civil rights with the Student Nonviolent Coordinating Committee while studying sociology at Albany State University in Georgia. She later earned her master's degree in community development from Antioch University in Yellow Springs, Ohio.

Video: Sherrod: 'I worked for fairness'

Video: Who is to blame for Sherrod saga?
RELATED TOPICS

Sherrod returned to rural Georgia to help minority farmers keep their land in a place where history is against them. She has often gone toe to toe with the local offices of government agencies, including the U.S. Department of Agriculture before she worked there, she said.

Sherrod was forced out of her job with the USDA this week after a video emerged in which she seemingly admitted to failing to try to help a white farmer save his land from foreclosure in 1986. She has since said her words, recorded in March at a Douglas County, Georgia, NAACP meeting, were deliberately taken out of context. The story, she said, was part of a broader message she has given many times about the need to move beyond race.

White House spokesman Robert Gibbs said Wednesday afternoon that Sherrod is "owed an apology. I would do that on behalf of this administration."

Agriculture Secretary Tom Vilsack said Wednesday that he offered his "personal and profound apology for the pain and discomfort" caused to Sherrod and her family.

"... Why did they hire me in the first place if they didn't believe in what I had done up to this point?"

What she had done is work tirelessly for minority farmers for four decades.

Because of discriminatory lending practices, black farmers were losing their farms in the late 1960s and '70s. After college, Sherrod co-founded New Communities Inc., a black communal farm project in Lee County, Georgia, that was modeled on kibbutzim in Israel. Local white farmers viciously opposed the 6,000-acre operation, accusing participants of being communists and occasionally firing shots at their buildings, Sherrod said.

"They did everything they could to fight us," she said.

When drought struck the South in the 1970s, the federal government promised to help New Communities through the Office of Economic Opportunity. But the money was routed through the state, led by segregationist Gov. Lester Maddox, and the local office of the Farmers Home Administration, whose white agent was in no hurry to write the checks, she said.

It took three years for New Communities to get an "emergency" loan, she said.

"By the time we got it, it was much too late," Sherrod said.

The operation hobbled along for a few years with other financing, but creditors ultimately foreclosed on the property in 1985, she said.

Getting money for any minority farmer out of that FmHA office "was always a fight," Sherrod said. But she made a point of learning the regulations so thoroughly that she understood them better than the bureau agent, she said.

"I was such a thorn in his side," she said, that the agent eventually left the bureau for good.

Using that experience, Sherrod worked with the Federation of Southern Cooperatives to help black farmers keep their land. The group worked with U.S. Rep. Mike Espy, D-Mississippi (who later became agriculture secretary), and Sen. Wyche Fowler, D-Georgia, to pass the Minority Farmers Rights Act in 1990. The measure, known as Section 2501, authorized $10 million a year in technical assistance to black farmers, but only $2 million to $3 million a year has been distributed.

With black-owned farms heading toward extinction, Sherrod and other activists sued the USDA. In a consent decree, the USDA agreed to compensate black farmers who were victims of discrimination between January 1, 1981, and December 31, 1999. It was the largest civil rights settlement in history, with nearly $1 billion being paid to more than 16,000 victims. Legislation passed in 2008 will allow nearly 70,000 more potential claimants to qualify.

"I was deeply involved in all of that work and in the settlement, and in helping farmers to file their claims," she said. "So I was having to fight USDA just for the services, for the loans for farmers, for some of the programs that should have been automatic, that others were getting."

USDA hired Sherrod as its Georgia director of rural development in August 2009. She was the first black person in that position; of 129 USDA employees in Georgia, only 20 are black, she said.

Her family still owns the farm in Baker County, plus an additional 30 acres she bought from a cousin. She hasn't had time to work the land yet.

"I'd like to try some of the things I've taught others," she said, again laughing.

Sherrod emphasizes that the speech that caused all the controversy was about embracing diversity and using the strengths of every culture.

"We've got to get beyond this [racial division]," she said. "... My message has been, 'Let's work together.' That's what my message has always been."

Despite her father's killing and the injustices that followed, the racial hatred she has fought all her life, and now her quick exit from the USDA, Sherrod refuses to become bitter.

"I can't hold a grudge. I can't even stay mad for long," she said. "I just try to work to make things different. If I stayed mad, if I tried to hate all the time, I wouldn't be able to see clearly in order to do some of the things that I've been able to do.