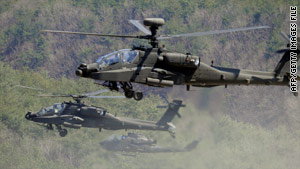 Washington (CNN) -- The Obama administration is preparing to notify Congress of plans to sell $60 billion of military equipment to Saudi Arabia, according to a U.S. defense official.

The official, who would not be identified because the proposal has not yet been sent to Congress, described the deal as "enormous."

"We believe this is the largest of its kind in history," the official said.

Congress would have to approve the deal.

The Saudi arms effort is in large part directed at providing a modernized capability against Iran.

"This gives them a whole host of defensive and deterrent capabilities," the official explained.

The official emphasized that nothing in the sale would change the qualitative edge that Israel seeks to maintain. A point reiterated by State Department spokesman P.J. Crowley.

The Obama administration hopes to send the proposed package to Capitol Hill no later than next week. The official emphasized it's not clear yet whether the Saudis would follow through to buy all of the weapons and aircraft in the package because they are continuing to evaluate their own financial concerns.

Boeing Corp. has told the administration that if the entire package is sold, 77,000 company jobs would be "involved," but there was no calculation on how many new jobs might be created over the five- to 10-year period of potential delivery, according to the official.

The official also indicated the United States is discussing with the Saudi government additional sales of a ballistic missile defense system and more modern warships.