Sound of Sunday: Most intriguing quotes 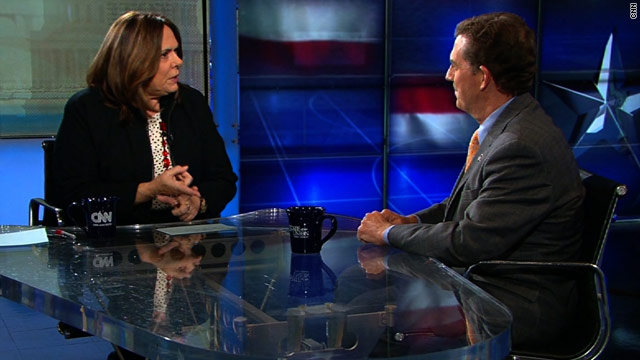 (CNN) -- Here are some of the most quotable sound bites from the Sunday morning shows:

On the midterm elections:

"We're going to lose seats. We're not living in average times. When the economy is tough, that means that there's volatility in the electorate. And we definitely see it. But I don't think you're going to see us lose either [chamber], because I think we've got good candidates. I think the Republicans are moving way to the right of the American electorate. And we're pretty good at the field side of politics, which is what we're focused on between now and November 2." -- Democratic National Committee Chairman Tim Kaine, CNN's "State of the Union"

"The only reason we have a chance at a majority now is in large part for the candidates I've been supporting. If the Republican Party in the Senate was now symbolized by Arlen Specter and Charlie Crist, we would not have the energy behind our candidates anywhere in the country." -- Republican Sen. Jim DeMint of South Carolina, "State of the Union"

Video: How do Dems reignite their party?

Video: Getting back the GOP majority

"But what happened in my particular race, you had the Tea Party Express, this California-based group, come in at the last minute in a campaign, run a mudslinging, smear -- just a terrible, terrible campaign, with lies and fabrications and mischaracterization. They came in, they dumped $600,000 into a small market here in Alaska, and they absolutely, clearly influenced the outcome of that election." -- Republican Sen. Lisa Murkowski of Alaska, "State of the Union"

Murkowski: I was victim of 'smear' campaign

"Absolutely no, she can't win. Under the law, you have to carefully spell the name exactly correct. Everybody, go to your pencil and paper and write down the name Murkowski and see if you got it right. No, she's going to lose. Now, the bigger, more important question is -- Is she going to keep a Republican from winning?" -- Former Bush adviser Karl Rove, "Fox News Sunday"

On the Tea Party:

"The thing that bothers me about the Tea Party movement is two things. No. 1, according to the profiles and the studies that have been done, it's being bankrolled by people who want to weaken the government so that there will be even more unaccounted-for private concentration of power, and that's what got us in the mess we're in in the first place. And the second thing that bothers me is that it's hard to know where they stand on these specific issues." -- Former President Bill Clinton, CBS's "Face the Nation"

"It may well be a fad unless it converts itself from a movement into something that is a real political organization that takes stands on positions." -- Former Secretary of State Colin Powell, NBC's "Meet the Press"

On the Republican Party:

"I still think that there is need for a two-party system and that the Republican Party still has strength in it. It has strength with respect to its feelings about foreign policy and defense policy and our place in the world. And I'm not happy with the rightward switch, shift that the party has taken and I've said that on many occasions. I'm not about to give up." -- Powell, "Meet the Press"

"I think he has lost some of the ability to connect that he had during the campaign. And it is not just me picking on the president. It's reflected in the polling." -- Powell, "Meet the Press"

"I'm looking for someone that's almost like a Gov. [Chris] Christie in New Jersey, who's willing to tell people the hard truth, that the federal government can't do any more; we've got to do less if you want to save our country and fight the fights against the union bosses." -- DeMint, "State of the Union"

On peace talks between Israel and the Palestinians:

"I have to say, it's been impressive to see the two leaders engage so seriously so early on what are the core issues. But these talks are already into very sensitive and important areas." -- Secretary of State Hillary Clinton, ABC's "This Week"

On sanctions on Iran:

"We do take sanctions seriously, but taking it seriously is different from believing that they are effective. These are two different issues." -- Iranian President Mahmoud Ahmadinejad, "This Week"