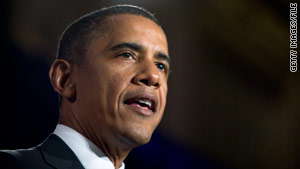 Washington (CNN) -- Recent world rankings showing U.S. students failing to make the grade in math and science are "a sign of long-term decline," that will require reform of the country's education system to fix, President Obama told NBC's "Today" show on Monday.

And he said that the United States' eminence on the world stage may hang in the balance.

"Historically, when we first set up the public school systems across the country, we were leaps and bounds ahead of the vast majority of countries around the world," Obama said. "That just is not true anymore. They have caught up and, in some cases, they're surpassing us, especially in math and science. It happened over decades.

"There are a lot of contributing factors. But part of the challenge, I think, for the entire country is to understand that how well we do economically, whether jobs are created here, high-end jobs to support families and support the future of the American people, is going to depend on whether or not we can do something about these schools."

"We can't spend our way out of it. When you look at the statistics, the fact is our per-pupil spending has gone up over the past couple of decades, even as results have gone down," Obama said.

One reformatory idea that would definitely cost more money is lengthening the school year. The president says the idea makes sense and the money would be well-spent, since American children often fall behind peers internationally, since the U.S. summer break is a month longer than in other countries

"On the other hand, money without reform will not fix the problem, and what we've got to do is combine a very vigorous reform agenda that increases standards, helps make sure that we've got the best possible teachers inside the classroom, makes sure that we're clearing away some of the bureaucratic underbrush that is preventing kids from learning. We've got to combine that with deploying resources effectively," he said.

The president said teachers are the most important resource for students, calling them "the single-most important ingredient in the classroom." To improve flagging math and science education, he said his administration is focusing on training 10,000 teachers in those fields, and he hopes to fill about a million total teaching slots soon.

Obama said many current teachers "are doing heroic jobs," but said "ultimately, some need to go," and he made clear that by "go," he meant "be fired." He said he thinks the teachers' unions, which are often vilified by critics who say they protect under-performing educators, "can be part of the solution," though they're "sometimes ... resistant to change when things aren't working."

The president also said that parents and children share the burden of educational success. He admitted that even the first daughters, Malia and Sasha, would rather watch television than do schoolwork but said, "At some point you have to say, 'Your job, right now, kid, is to learn.' "