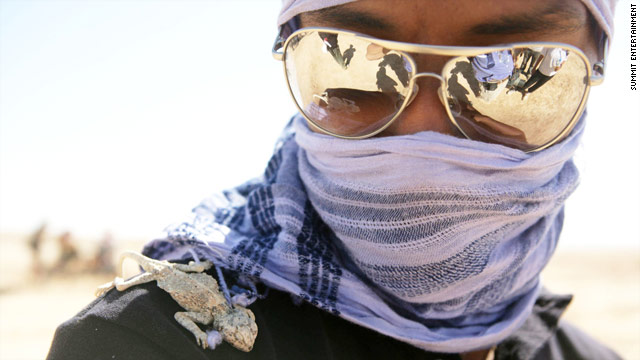 (CNN) -- Iraqi war drama "The Hurt Locker" won big with the National Society of Film Critics on Sunday. It was selected by the group of film reviewers from some of the country's top publications as the best picture of 2009.

"The Hurt Locker" is about an elite Army bomb squad disarming explosive devices in the heat of urban combat in the months after the invasion of Iraq.

Though it has pulled in only $16 million at the box office worldwide, according to the Web site Box Office Mojo, "The Hurt Locker" has been a favorite among critics this year. The film has won top honors from the New York Film Critics Circle, the Chicago Film Critics Awards and the Los Angeles Film Critics Association.

The society selected Yolande Moreau as best actress for her performance in "Seraphine," a French film about painter Seraphine de Senlis, on Sunday night. Joel and Ethan Coen won best screenplay for "A Serious Man," a dark comedy about a Midwestern professor who watches his life unravel.

Mo'Nique was selected as best supporting actress for her portrayal of an abusive mother in "Precious."

The National Society of Film Critics, though influential, often strays from the more traditional films that end up as big winners at the Academy Awards and the Golden Globes. They have a reputation for choosing art house and foreign films over big box office hits. The group doesn't hold an awards ceremony; instead, members vote at Sardi's restaurant in New York and send scrolls to winners instead of statuettes.