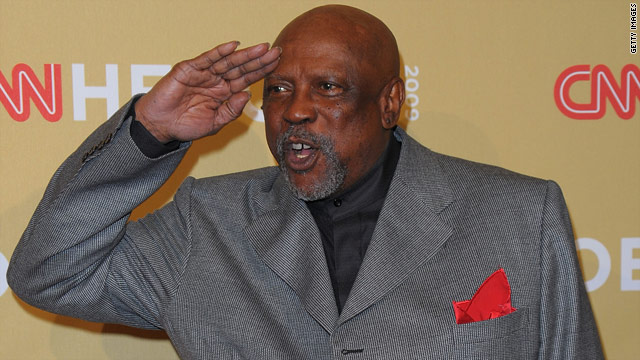 Los Angeles, California (CNN) -- Louis Gossett Jr. recently learned he has prostate cancer, but it is in an early stage, the actor said Tuesday.

"I count this diagnosis among the many challenges I have faced in my life and overcome," Gossett said in a statement. "I expect this to be no different."

The Oscar-, Emmy- and Golden Globe-winning actor said he was going public with his illness "to set an example for the large number of African-American men who are victims of this disease because of the comparatively low emphasis in our community on preventive examinations and early treatment."

"I want to influence them to seek, as I have, the fine medical care and early detection now available," he said.

Gossett, 74, has begun an intensive treatment program, he said.

He won a best supporting actor Oscar and a Golden Globe in 1983 for his role as a drill sergeant in "An Officer and a Gentleman."

His professional acting career began when he was just 16, playing the lead in the Broadway production "Take A Giant Step."

Gossett's portrayal of Fiddler in the ABC miniseries "Roots" won him an Emmy award in 1977.