Did those Oscar theories hold any water? 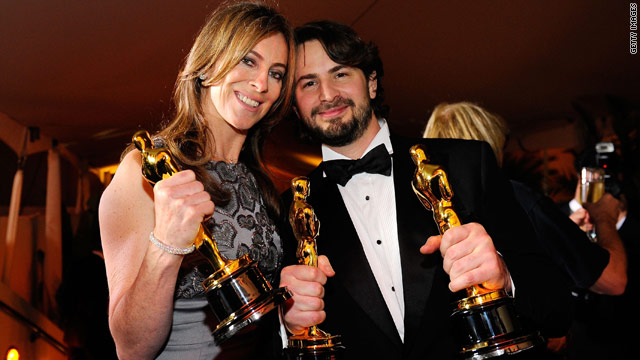 The Frisky predicted that "Precious" would take best picture because of its name, but the award went to "The Hurt Locker."
STORY HIGHLIGHTS
RELATED TOPICS

Best picture was a semi toss-up -- "Avatar" had won at the Golden Globes, while "The Hurt Locker" had cleaned up at other less mainstream awards shows -- and volume ended up being the better predictor, as "The Hurt Locker" was the ultimate victor last night.

Honestly, the only true surprise of the evening was in the best foreign language film category, where the Oscar was expected to go to "Un Prophete" or "The White Ribbon," but instead "El Secreto de Sus Ojos" pulled off the upset.

The Frisky: Oscar curse? Win an award, have heartache

So how did we at The Frisky fare with our predictions?

Video: Bullock 'in awe of this'

Totally turned out true, as Sandra Bullock came out the victor over the actress's actresses, Meryl Streep and Helen Mirren, and the newbies, Carey Mulligan and Gabourey Sidibe.

• Oscar Theory #2: Best actor goes to the dude with the most mominations

Because three of the competitors this year had five nominations under their belt -- Jeff Bridges, George Clooney, and Morgan Freeman -- we predicted Jeff Bridges would win since two of Clooney's noms were for writing/directing and Freeman had already won an Oscar. We were absolutely right.

The Frisky: 10 celebs with religious tattoos

We predicted Mo'Nique for making the switch from stand-up/roles on shows like "The Parkers" to serious actress. We were right.

Based on this theory, we thought the race would come down to two exceptionally creepy roles: Christoph Waltz's Nazi to Stanley Tucci's mass murderer. We predicted an upset, since we decided that Tucci's character was just a little creepier than Waltz's. That'll show us to go for the unexpected. We were wrong.

It's far too early to tell if this one is true, but we are so hoping it isn't. Sandra Bullock and Jesse James are just too amazing together.

Sigh. We were wrong here. Based on this pattern, we thought "Precious" would be the upset, since the name would catch Academy voters' eyes and fill them with positive thoughts. Didn't happen. "The Hurt Locker" won. Is this theory out the door?

The Frisky: The good, bad, and the ridiculous on the Oscar red carpet

Over the years, we noticed that major acting awards often go to those who show their vocal chops. Totally proved true this year with Jeff Bridges' winning for his pipes in "Crazy Heart."

So, that leaves us with four out of six correct, with a potential for one more to come true down the road -- even if we hope it doesn't. That's not bad, but not exactly good either. How did your Oscar predictions pan out?