Are these worst movie remakes of all time? 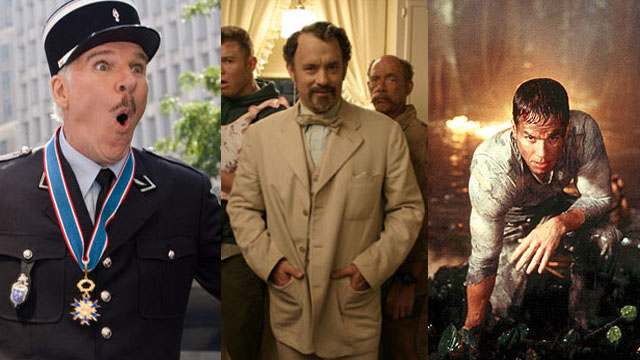 London, England (CNN) -- Remake "Clash of the Titans?" What was wrong with the original?

Or for that matter, "Planet of the Apes" or Hitchcock's "Psycho?" The list of perfectly decent films Hollywood has "reimagined" unsuccessfully goes on and on.

Faced with this constant recycling, it's not surprising audiences sometimes ask themselves, "What's the point?" -- especially as there seems to be no let up in sight.

Remakes scheduled in for later this year include "The Karate Kid" and "A Nightmare on Elm Street," a "reimagining" of "Predator" and an English language version of Swedish vampire flick "Let the Right One In."

Of course, not every rebooted franchise or do-over is a disaster: Peter Jackson's "King Kong" added dazzling special effects unimaginable when the original came out in 1933.

But when you factor in the money to be made -- "Clash of the Titans" hauled in $385 million worldwide in just over three weeks according to boxofficemojo.com -- studios' motives start to look a little more cynical.

Below we list some of the worst remake offenders and why. Don't agree? Think we've missed one? Tell us below in the comments.

"Psycho," (1998, Gus Van Sant)
"Psycho" set the bar for creating terror on screen in 1960, but groundbreaking isn't a word many would choose to describe Van Sant's shot-for-shot remake. The director's major innovation was to shoot the film in color. Besides poor casting (cuddly Vince Vaughn in Anthony Perkins' role?) this film breaks a fundamental rule of do-overs: if you don't have anything to add, don't do it at all.

"The Pink Panther," (2006, Shawn Levy), "The Pink Panther 2," (2009, Harald Zwart)
We love Steve Martin, but Peter Sellers he is not. Martin can coax some laughs as Inspector Clouseau with his slapstick gags, but the funny moments are few and far between and he looks ridiculous. Is it any surprise he was nominated for a Razzie award for worst actor in a movie for "Pink Panther 2?"

"Planet of the Apes," (2001, Tim Burton)
"Take your stinking paws off me, you damn dirty ape!" The same sentiment could be directed towards arch-Gothicist Burton for remaking the 1968 sci-fi masterpiece. Burton's fantastical flair is missing, and while the 2001 update does have more technology behind it, it lacks a story -- and especially an ending -- that makes any sense. And come on, enough with the monkey puns.

"City of Angels," (1998, Brad Silberling)
Starring Nicolas Cage and Meg Ryan, the Hollywood version of Wim Wenders' lyrical "Wings of Desire" shares a story line with its original: Angel sees girl, angel falls in love with her. But that's where the similarities end. The German original takes a meditative look at the meaning of life, but "City of Angels" barely scratches the surface and ends up as just another sentimental romance.

"Get Carter," (2000, Stephen T. Kay)
A gangster film that doesn't carry any punch, the modern-day "Get Carter" is another to add to the pile of pointless remakes. Sly Stallone may be bigger but he's certainly not badder than Michael Caine, who played Jack Carter with a palpable fury in the 1971 version.

"Vanilla Sky," (2001 Cameron Crowe)
We could devote a whole list to foreign-language films that Hollywood has ruined by repackaging them for U.S. audiences (see "City of Angels"). "Vanilla Sky," a remake of Spanish film "Abre Los Ojos," is another offender. Tom Cruise adds Hollywood gloss, but director Cameron Crowe is out of his element. What was a deftly made metaphysical thriller in Alejandro Amenabar's hands turns into an ordinary, if unfocused, star vehicle for Cruise, Penelope Cruz and Cameron Diaz.

"The Ladykillers," (2004, Joel and Ethan Coen)
The Coen Brothers, usually masters of dark comedy, take a wrong turn with this remake of the beloved British caper comedy. While eccentric, and with plenty of absurdities as expected, this do-over, set in the rural South of the U.S has stereotypical characters and it remains a very minor Coen brothers work.

"The Wicker Man," (2006, Neil LaBute)
Another cult classic that shouldn't have been messed with, Neil LaBute didn't have much of a chance winning over loyal fans of the original British cult horror from 1973. Even so, this version is confusingly misguided and, sorry folks, just plain poor. LaBute battles with unintended humor and fails -- if you are looking for ironic laughs look no further.