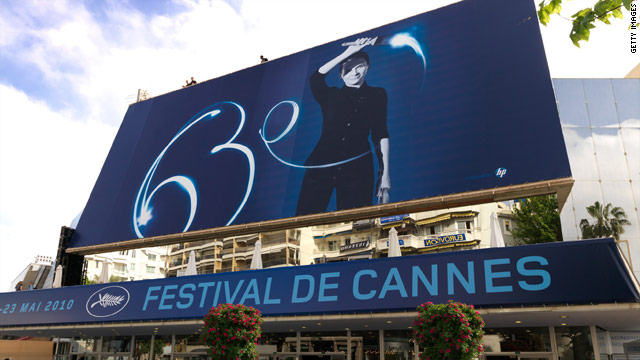 The 63rd annual Cannes Film Festival will be held May 12 -- May 23 in Cannes, France.
STORY HIGHLIGHTS
RELATED TOPICS

(CNN) -- It's that time of year again: The annual Cannes film festival is poised to kick off more than a week of glamour, prestige, and of course, some of the best in international cinema.

But before the jury selects the Palme d'Or -- given to the director of the best feature film -- there will be an opening night screening of Ridley Scott's "Robin Hood," which opens in the United States on May 14.

"Robin Hood" may seem like too huge a venture for a festival that highlights more obscure foreign films, but that's actually part of its charm. Now in its 63rd year, the festival has become a kind of theatrical democracy, giving space to both Hollywood's blockbusters and art-house cinematic creations, said Variety film critic Justin Chang, who spoke with CNN en route to festival.

"It's sort of a split-identity syndrome. It does attract the big Hollywood star wattage -- people like Brad Pitt, Angelina Jolie and Quentin Tarantino -- and yet at the same time, you have a showcase dedicated to the best and sometimes the most obscure of foreign art cinema," Chang said.

"You have very crowd-pleasing stuff like 'Da Vinci Code,' 'Kung-Fu Panda' and 'Indiana Jones,' and then you have a nine-hour Portuguese documentary."

Oliver Stone's "Wall Street: Money Never Sleeps" and Woody Allen's "You Will Meet a Tall Dark Stranger" will also have their moment in the festival spotlight.

The 12-day event, running from May 12 to May 23, features a slew of screening categories, including the official competition, in which films compete for that impressive Golden Palm, the out of competition films, and the films of "un certain regard."

This year, the official competition has only 19 films instead of the usual 20 to 22, a sign that perhaps festival director Thierry Fremaux had to scramble a bit to find worthy cinema.

"Last year, numerous important directors were at Cannes," Fremaux told the L.A. Times. "This year, most of these important filmmakers are writing or filming -- working, in any case. The selection process was, therefore, a delicate matter, given the absence of all these filmmakers. The selection is a nice one, one that forced us to use our imaginations."

Since the imagination was key to the selection process, it's quite fitting that the master of gothic whimsy himself, Tim Burton, will help decide the best feature film as the president of the Jury. Burton's presence is a symbolic choice representing the festival's desire to always keep an eye towards the future, Fremaux said on the website.

Doug Liman -- who directed and produced "The Bourne Identity" -- has the only American entry in this year's competition with "Fair Game." The thriller is based on Valerie Plame, the CIA agent whose status was uncovered by the White House in 2004, with Naomi Watts cast as Plame and Sean Penn portraying Plame's husband, Ambassador Joseph Wilson.

The Palme d'Or doesn't always mean commercial success, Chang said, but the award can be a launching pad for a feature, as was the case for Martin Scorcese's "Taxi Driver," Quentin Tarantino's "Pulp Fiction," Steven Soderbergh's "Sex, Lies and Videotape," and Michael Moore's "Fahrenheit 9/11."

Cannes in a nutshell, Chang said, "is the Grande Dame of film festivals, [and] a great breeding ground for talent."

"The Tree," directed by Julie Bertucelli